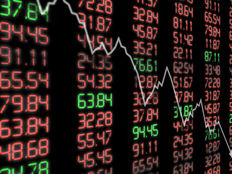 Looking Beyond the 200 DMA: An ETF Database Guide

In this article, we’ll take a look at some shortcomings associated with exclusively using the 200-day moving average and some alternative forms of analysis for exchange-traded funds (“ETFs”).

There are several types of moving averages:

The 200-day moving average provides a snapshot of a security’s trend over the past year. While these insights are certainly helpful, moving averages are lagging indicators by definition, which means they provide little in the way of predictive value. Long-term trends are important when establishing the context for a given trade, but they don’t help very much with determining an appropriate price and time to actually execute a trade.

In Figure 1, the S&P 500 SPDR’s (SPY A) 200-day moving average performs great when the ETF is trending, but generates dismal performance during a sideways market. Traders that placed all of these trades would have realized significant losses from the high churn rate. The indicator also produces three false signals during the prolonged uptrend, where traders might have sold and repurchased the ETF at inopportune times.

Figure 2 highlights a second key risk associated with using 200-day moving averages exclusively when timing the entry and exit of trades. Since TSLA’s stock became volatile, the 200-day moving average deviated substantially from the market price, which created the potential for a nearly 40% drop before a stop-loss was even close to being triggered. Traders that didn’t enter the trade until later in the game could have seen significant losses on the trade.

In summary, the lagging nature of the 200-day moving average makes it risky to use as an exclusive indicator for determining entry and exit points. Sideways markets generate unnecessary churn rates that can prove very costly, while strongly trending markets create a situation where significant losses are possible before any signals are generated. Fortunately, these risks can be avoided by using the indicator in conjunction with other factors.

Piece of the Puzzle

Many traders use the 200-day moving average when determining the direction of a given trade and then rely on other indicators to determine entry and exit points. After all, a key mantra among successful traders is “the trend is your friend”, which means that it’s generally a bad idea to place contrarian trades without a very good rationale. The 200-day moving average is particularly useful to show direction in short-term charts where it’s not immediately obvious.

These insights should be combined with other forms of analysis, including other technical and fundamental considerations before making an investment decision. For instance, reversal and continuation chart patterns can be helpful when determining when to enter and exit a trade, while changing fundamentals may suggest an imminent reversal regardless of where the price may lie relative to the 200-day moving average or other technical indicators.

Traders and investors should also keep a close eye on fundamental factors that could influence the ETFs they’re trading. In some cases, changing fundamentals could encourage a trader to immediately exit a trade before it crosses below the 200-day moving average. In other cases, an ETF could take a plunge below the 200-day moving average even though the long-term picture remains in tact, which could encourage traders to hold onto the ETF.

Some High-Conviction Stocks Found in QQQ and QQQM