The Xtrackers MSCI All China Equity Fund (CN) tracks an index of Chinese equities listed in mainland China as well as in Hong Kong, the U.S. and Singapore. What sets CN apart from other All China ETFs is that it buys mainland China stocks, called A-shares, as well as securities of Chinese companies that are incorporated or listed outside of China.

CN’s portfolio includes companies incorporated in the People’s Republic of China but listed in Hong Kong, known as H-shares, as well as those listed for trading on foreign markets, known as B-shares. CN also invests in so-called Red Chips — securities issued by companies outside of China but which are controlled, directly or indirectly, by the Chinese government — as well as P-chips, which are issued by companies incorporated outside of China but are controlled by individuals within China. CN also includes securities like ADRs that may be listed on U.S. markets. The fund gets its A-shares exposure by buying its sister funds: the Xtrackers Harvest CSI 300 China A-Shares ETF (ASHR) — the first and largest A-shares ETF— and the Xtrackers Harvest CSI 500 China A-Shares Small Cap (ASHS).

With the 2013 launch of ASHR, DWS Group became the first to offer a U.S.-listed ETF that invested in the coveted A-shares market, and the firm has a long track record in the region. CN is competitively priced — it’s actually a little bit cheaper than the iShares MSCI China ETF (MCHI), the dominant China-focused ETF. But CN has not been able to match the assets and liquidity of larger rivals like MCHI or the SPDR S&P China ETF (GXC).

The adjacent table gives investors an individual Realtime Rating for CN on several different metrics, including liquidity, expenses, performance, volatility, dividend, concentration of holdings in addition to an overall rating. The "A+ Metric Rated ETF" field, available to ETFdb Pro members, shows the ETF in the China Equities with the highest Metric Realtime Rating for each individual field. To view all of this data, sign up for a free 14-day trial for ETFdb Pro. To view information on how the ETFdb Realtime Ratings work, click here. 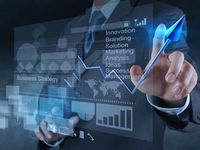