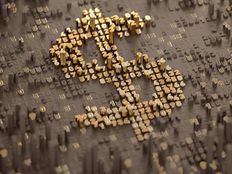 The outlook for midstream dividends is as constructive as it’s been in years. For the second consecutive quarter, there were no dividend cuts across Alerian’s midstream indexes for 4Q21 payouts. Additionally, there were several examples of growth from both consistent growers and companies that had cut in the past. Other names expect to begin growing their payouts in short order. Today’s note recaps 4Q21 midstream dividend announcements and why investors should be encouraged by the outlook for dividends.

The combination of an improved macro backdrop, solid operational performance, significant free cash flow generation, and progress with debt reduction has supported more widespread dividend growth across midstream. Multiple names that cut payouts in the past are now growing their dividends by significant percentages off a lowered base. Examples include Energy Transfer’s (ET) 15% increase, EnLink Midstream’s (ENLC) 20% increase, Rattler Midstream’s (RTLR) 20% increase, and Targa Resources’ (TRGP) step change from $0.10 to $0.35 per share per quarter. Among the Canadian corporations, Enbridge (ENB) increased its dividend by 3.1%, and Gibson Energy (GEI CN) announced a 6% increase to its quarterly dividend. Notably, Enterprise Products Partners (EPD) increased its distribution by 3.3%.

The pie charts below show the quarter-over-quarter changes to dividends for the Alerian Midstream Energy Index (AMNA), Alerian MLP Index (AMZ), and Alerian MLP Infrastructure Index (AMZI) by comparing 4Q21 with 3Q21. To be clear, 4Q21 dividends refer to the dividends paid in 1Q22 as a result of operational performance in 4Q21. Many companies that typically raise their payouts once a year do so with the 4Q or 1Q payout, which enhances the sequential growth shown below.

The year-over-year comparison can be more informative than the sequential trends, since companies may increase their payouts once a year. On a year-over-year basis, companies that have grown their payouts represent just over 60% of the AMZ and AMZI and almost 80% of AMNA by weighting. Admittedly, names that consistently grow their payouts tend to be larger names that have a greater index weighting. Even on an absolute basis, though, the growers in AMNA outnumber those that have maintained or cut, evidencing a clear bias to growth.

Outlook: more growth is on the way.

More dividend growth appears on the horizon for the midstream space. Last month, consistent grower, Cheniere Energy Partners (CQP) raised its 2022 distribution guidance by $1/unit to $4 – $4.25 per unit. Western Midstream (WES), which has grown its payout for four straight quarters, announced that it is targeting a 53% increase to its regular 1Q22 distribution. WES also introduced an enhanced distribution framework slated to begin in 2023. Under the framework, WES would pay an enhanced first quarter distribution each year based on the prior year’s free cash flow generation less debt repayments, regular distributions, and unit repurchases contingent on certain leverage targets. The company also announced a $1 billion buyback authorization through 2024 (stay tuned for an upcoming note on midstream buybacks).

The year-over-year charts should continue to tilt more towards growth, as companies that cut in the past begin to grow their payouts again. The management of Plains All American (PAA) plans to recommend to their board a 21% increase to their distribution for the May 2022 payout. DCP Midstream (DCP) expects to increase its distribution this year, initially targeting a 10% increase.

The midstream/MLP space saw another strong quarter for dividends with the latest payouts, and additional growth is on the horizon. The outlook for dividend growth complements other tailwinds for the space, including strong free cash flow generation, widespread buyback activity, and the stronger macro environment. Though yields have come down with stronger equity performance, midstream/MLPs continue to offer yields well above other income-oriented sectors.