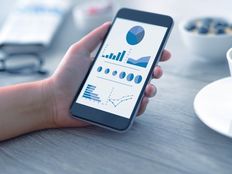 Recession fears have weighed on the energy sector over the last month. Energy stocks initially saw the greatest pressure in June compounded by profit taking, but then oil saw a notable sell-off last week as WTI crude briefly dipped below $100 per barrel (bbl), exacerbating the downtrend in energy equities. Both oil and energy stocks rebounded nicely at the end of the week but remain well off their relative highs from June. Despite volatile equity trading, the fundamentals for many energy companies have not changed – this is particularly true for energy infrastructure.

The outlook for production growth and increased volumes for energy infrastructure to transport and process remains intact. Oil’s move from ~$120/bbl a month ago to $96/bbl at the intra-day low last week has not altered producer plans. Exploration and production companies (E&Ps) are generating strong cash flows at either of these prices, which will be evident as companies report 2Q22 results over the coming weeks. Although there is a lag between prices and the response from E&Ps, the same signal to grow is in place at $96/bbl or $120/bbl, and the Baker Hughes US rig count is up 19 rigs from June 10 to July 8. That said, most public producers are only growing modestly in any event given firm commitments to capital discipline.

Looking ahead to earnings season, it should be a very robust quarter for energy companies in general given the strong macro environment. The chart below shows some of the largest names in each energy subsector and compares performance over the last month with 2022 EBITDA estimate revisions. Consensus forecasts have generally moved higher or stayed the same, but equity values are off by double-digit percentages. Admittedly, sell-side analysts will probably update numbers this week, but estimates will likely be moving higher. Notably, midstream has held up better than other energy subsectors as recession fears have weighed on the space and oil prices have retreated, which is consistent with its defensive nature (read more).


Specific to energy infrastructure, it may very well be another quarter characterized by better-than-expected results and guidance increases as was seen with 1Q22 earnings reports (read more). The positive trends in free cash flow generation and returning cash to shareholders through buybacks and dividends should also be on display. Notably, Enterprise Products Partners (EPD) announced a 2.2% sequential increase to its distribution last week. For constituents of the Alerian MLP Infrastructure Index (AMZI), estimate changes over the last month have been less than 1% in either direction, with the exception of two names that saw 2% increases. Similarly, for the top ten names in the Alerian Midstream Energy Index (AMNA), 2022 EBITDA estimates have changed by less than 0.50% in either direction, with Targa Resources (TRGP) the only exception given a larger percentage increase. TRGP raised its 2022 EBITDA guidance by 13.5% last month, which does not include the impact of the announced Lucid Energy acquisition. As of July 8, the AMZI and AMNA were yielding 8.1% and 6.1%, respectively, representing an attractive opportunity for income investors (read more).


Recession fears have weighed on the energy space, but fundamentals have not changed, particularly for energy infrastructure, as evidenced by stable 2022 consensus estimates, a rising rig count, and the continued focus on returning cash to shareholders demonstrated by EPD’s recent distribution increase. A recession could weigh on energy stocks, but for investors anticipating a soft landing, the recent weakness could be an opportunity. Earnings season may help shift the momentum as companies report solid results and showcase investor-friendly initiatives.