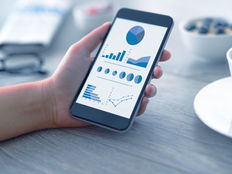 Last week, management from Hess Midstream (HESM), including John Gatling, President and Chief Operating Officer, and Jonathan Stein, Chief Financial Officer, participated in a fireside chat call series co-hosted by Morgan Stanley and Alerian. HESM is a fee-based, gathering and processing company with natural gas, oil, and water assets in the Bakken. Today’s note discusses key takeaways from the discussion, including the built-in stability and growth afforded by HESM’s unique contract structure and a potentially underappreciated ESG consideration for midstream and HESM. Please refer to the company’s latest presentation for additional details.

Management highlighted the built-in stability and growth afforded by HESM’s “one-of-a-kind” contract structure with Hess Corporation (HES) – a global exploration and production company and one of the largest producers in the Bakken. The agreements extend through 2033 and are designed to achieve a certain return on capital deployed, which is maintained through an annual fee recalculation. Minimum volume commitments are set on a rolling three-year basis and currently extend through 2024. Look no further than 2020 for evidence of the bulletproof nature of these contracts. Even as Hess Corporation’s activity in the Bakken fell from six rigs running at the end of 2019 to just one rig in mid-2020, HESM’s adjusted EBITDA grew by 36% for the year.

Underwritten by its unique contract structure, HESM has consistently grown its annual adjusted EBITDA, which has supported 19 straight quarterly distribution increases since the company’s April 2017 IPO. For 2022, HESM is guiding to adjusted EBITDA growth of 8% and adjusted free cash flow (AFCF) of $615 – $645 million, which compares to 2021 AFCF of $628 million.(1) HESM is targeting annual distribution growth of 5% through at least 2024. However, management noted that leverage falling below the target of 3x adjusted EBITDA could allow for incremental return of capital to shareholders, which could potentially include share repurchases or a greater distribution increase. Importantly, HESM’s capital spending plans center on new gathering lines and selectively adding compression to increase existing pipeline capacity. Having already expanded the Tioga Gas Plant, HESM has 500 million cubic feet per day of processing capacity, providing operating leverage as gas production increases. Notably, 75% of the company’s revenues come from natural gas infrastructure. While management mentioned the potential for third-party revenues to provide additional upside, the company already has a multi-year growth trajectory anchored by HES.

For investors considering the ESG merits of midstream, the importance of natural gas gathering pipelines in reducing the routine flaring of natural gas should not be overlooked. Specifically, HESM’s assets have allowed HES to reduce its gas flaring to less than 5% compared to the North Dakota regulatory requirement of 9%. Considering that Bakken producers were routinely flaring ~30% of gas production less than five years ago, this represents a significant step change. Ongoing development by HES, which is currently operating three rigs in the Bakken, and its goal of eliminating routine flaring by the end of 2025 should provide continued gathering opportunities for HESM. Management also highlighted the company’s inaugural sustainability report released earlier this month.

The consistent growth of HESM’s EBITDA and distribution payouts in the past and the visibility for those trends to continue in coming years has been underwritten by its unique contract structure with HES.