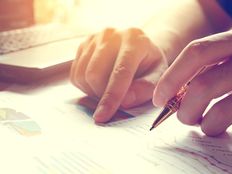 In a recent webcast, investors asked several general questions about M&A in energy infrastructure. With this subject clearly topical for investors, today’s note provides an update on M&A activity in the midstream/MLP space, including MLP consolidation by parents, MLP acquisitions, and recent transactions with private equity players.

Parent/sponsor consolidation of MLPs picks up.

The consolidation of MLPs by their parents or significant owners has been a multi-year trend that reached a fever pitch in 2018-19 but has continued in subsequent years. While the motivations for these transactions have varied, most deals in the past were focused on simplifying structure (read more). Parent buy-ins today may in some cases reflect the evolution of the business model and changes in capital markets that have kept parents from using MLPs for their original purpose, namely to generate cash for the parent by selling its assets to the MLP. These “dropdown MLPs” have typically had parents that were a refiner, producer, or integrated major, which tend to trade at a lower EBITDA multiple than midstream MLPs. In other words, midstream assets receive a higher valuation in an MLP than within the larger company, which was also part of the rationale for creating the MLP in the first place.

There have been several recent examples of parents offering to buy in their MLPs, including some transactions that are expected to close imminently. Earlier this month, Shell Midstream Partners (SHLX) announced receipt of an offer from Shell Pipeline Company LP to buy the remaining SHLX units it does not already own. The proposed buy-in follows similar announcements from Phillips 66 (PSX)/Phillips 66 Partners (PSXP) and BP (BP)/BP Midstream Partners (BPMP). The acquisitions of PSXP and BPMP are expected to be completed this quarter. MLP Sprague Resources (SRLP) received an offer last month from Hartree Partners, which owns 74.5% of SRLP’s limited partnership interest, to acquire the MLP’s remaining units. In October 2021, Ergon announced a nonbinding proposal to purchase the outstanding common and preferred units of Blueknight Energy Partners (BKEP) that it does not already own. For context, Ergon made a similar proposal in August 2019 that was withdrawn the following month.

MLP consolidation not limited to transactions with parents.

Outside of inter-family consolidation, there have been a few examples of M&A within the MLP space that have combined complementary asset footprints, creating cost and operational synergies. On February 1, Crestwood Equity Partners (CEQP) announced the closing of its acquisition of Oasis Midstream Partners, which expands CEQP’s presence in the Delaware Basin of the Permian and the Williston Basin in Montana and North Dakota. Energy Transfer (ET) enhanced its positioning in Oklahoma and the Ark-La-Tex region with its acquisition of Enable Midstream Partners in December 2021.

M&A activity among industry peers has generally been more muted relative to MLP consolidations by sponsors. With the significant free cash flow generation in midstream and more M&A activity by oil and gas producers in recent years, investors have asked why there are not more consolidation transactions in the midstream space. For energy assets broadly, volatility in commodity prices can complicate valuations and make it more difficult for buyers and sellers to agree to a price. For midstream, M&A activity can be complicated by significant parent or insider ownership. Both Enable Midstream and Oasis Midstream had parents with significant ownership stakes, though OGE Energy (OGE) and CenterPoint Energy (CNP) had been contemplating strategic alternatives for Enable for some time. Transactions could also be complicated by regulatory oversight and increased scrutiny of potentially anticompetitive deals.

M&A activity with private equity has provided inorganic growth opportunities for some midstream companies as private players look to monetize their investments. Altus Midstream (ALTM) is combining with the private parent company of EagleClaw Midstream in an all-stock transaction, and upon closing, the company will change its name to Kinetik (new ticker KNTK). Shares issued to Blackstone and I Squared Capital will be subject to a lock-up agreement for 12 months. Enterprise Products Partners (EPD) acquired Navitas Midstream, which was backed by Warburg Pincus, in a $3.25 billion cash transaction that closed last week. The acquisition gives EPD a foothold in the Midland Basin of the Permian, where Navitas had natural gas gathering and processing assets. Last month, Targa Resources (TRGP) repurchased Stonepeak’s interest in a joint venture formed in 2018, with the transaction expected to contribute to 2022 EBITDA growth. In October 2021, Enbridge (ENB) acquired Moda Midstream, namely the Ingleside export terminal and related infrastructure, for $3 billion. Given significant private equity involvement in midstream in prior years, exits from past investments could create growth opportunities for midstream companies.

What does this mean for investors?

MLP consolidations by parents, take-private deals, and other M&A activity has had a significant impact on the North American energy infrastructure universe in recent years as shown in the chart below. Since the end of 2015, the number of companies in the universe has almost halved, but the total market capitalization at year-end 2021 was relatively in line with the 2015 level. MLPs still account for the largest share of the universe by market capitalization, but US and Canadian corporations command a much larger share today. For investors allocating to the space and wanting broad exposure to the universe, a fund or exchange-traded product with MLPs and corporations is probably going to be of greater interest than a product focused on MLPs. However, investors primarily desiring tax-advantaged yield will likely be most interested in a MLP-focused product (read more).