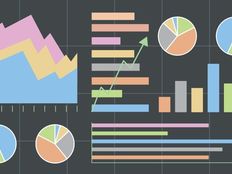 Across the energy sector, free cash flow (FCF) generation is a priority as companies look to lure back investors by enhancing shareholder returns through dividends and buybacks. For many companies, a past emphasis on growth has been replaced by a focus on capital discipline and efficiency. Specific to midstream, years of hefty investments to facilitate the boom in US energy production have largely given way to more modest spending plans, which is allowing for FCF generation even after accounting for generous dividends. Today’s note looks at how FCF yields have trended over time relative to the broader market and utilities and estimated 2021 FCF for top constituents of the Alerian MLP Infrastructure Index (AMZI) and the Alerian Midstream Energy Select Index (AMEI).

Midstream FCF yields compare favorably to the broader market.
For midstream, the combination of steady cash flows backed by long-term contracts and a significant decline in growth capital spending is leading to robust FCF generation. Unlike other energy subsectors where the amount of FCF generated depends on commodity prices, there is better visibility to midstream FCF due to its fee-based business model, which drives steadier cash flows. From a spending perspective, instead of building massive new pipelines, companies are mostly pursuing bolt-on projects, joint ventures with modest capital requirements, and/or smaller expansions, which is more in line with what is needed today given the current US production outlook. The absolute improvement and positive trend in FCF yield for midstream screens favorably when compared to the broader market and utilities.

The chart below shows trailing twelve-months FCF yield for the S&P 500 (SPX), S&P 500 Utilities Index (S5UTIL), AMZI, and AMEI over the past decade. The negative FCF yield for utilities is worsening, and the FCF yield for the SPX has gradually declined to less than 5% currently. In contrast, the AMZI and AMEI have seen a clear step-change in FCF yields in recent years to about 10-15% as midstream reached an inflection point in capital spending. This is a significant improvement from the negative FCF yields of years past. Notably, the TTM FCF yield is slightly higher for the MLP-focused AMZI relative to the AMEI, which is 25% MLPs and 75% US and Canadian C-Corps.

Several midstream companies generating FCF after dividends.
To further contextualize the index-level data, it is helpful to look at estimated free cash flow before and after dividends for top constituents in the AMZI and AMEI by weighting. All nine companies – Enterprise Products Partners (EPD) is a top five constituent in both indexes – are expected to generate positive free cash flow in 2021 based on consensus estimates as shown below. Seven of the nine are expected to generate free cash flow in excess of dividend payments, including all of the top five constituents in the AMZI. Excess cash flow after dividend payments allows for added financial flexibility to reduce debt or return cash to shareholders. The top five names in the AMZI also have buyback authorizations in place, and in AMEI, Targa Resources (TRGP) also has a buyback authorization. The Canadian C-Corps Enbridge (ENB) and TC Energy (TRP) stand out from the rest of the group for their sizable project backlogs and higher capital spending estimates, which result in negative free cash flow after dividends.

Bottom Line:
The expectation for significant free cash flow generation is one of the key pillars to the midstream investment case today. Midstream’s evolution from negative FCF yields to now generating FCF in excess of dividends marks a positive transformation for the space, and midstream FCF yields compare favorably with broader equities and utilities. While midstream income remains attractive with the AMZI and AMEI yielding 7.40% and 5.87%, respectively, as of October 29, FCF generation supports increased financial flexibility and buyback programs, adding to the potential for attractive total return.