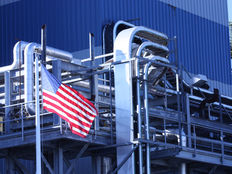 US Energy Independence and Global Implications for Energy Security

With the US celebrating Independence Day yesterday, it is time again for our annual note on US energy independence. This year, energy security has been a greater global concern than at any other point in recent memory. As many countries look to replace Russian energy, the abundance of resources in the US has taken on new importance – for both the US and its allies. This note looks at US energy trade in 2021 and discusses ways in which the US can support energy security for its allies looking to replace Russian supplies.

Growing US energy production over the last decade or so has facilitated a downward trend in imports and a rise in exports, making energy independence as a net exporter a reality. The US imports much more crude than it exports, but significant exports of refined products and hydrocarbon gas liquids (HGLs)1 offset crude, making the US a net petroleum exporter. In 2021, crude imports of 6.1 million barrels per day (MMBpd) were roughly double crude exports of 3.0 MMBpd. Most US crude imports come from Canada, which accounted for just over 60% of total imports in 2021.

Since 2011, the US has consistently been a net exporter of finished petroleum products like gasoline and diesel and HGLs, which include natural gas liquids (NGLs) like propane and olefins like propylene. Exports of finished petroleum products totaled 2.8 MMBpd in 2021, including 1.1 MMBpd of diesel. HGL exports have grown significantly over the last decade, reaching 2.3 MMBpd in 2021 and accounting for ~27% of total US petroleum exports. Within the energy infrastructure space, Energy Transfer (ET) and Enterprise Products Partners (EPD) have been active in growing their HGL export capacity to satisfy rising demand overseas (read more).

US natural gas exports were a record 6.65 Trillion cubic feet in 2021 as liquefied natural gas (LNG) exports surpassed pipeline exports to Mexico and Canada for the first time. Exports accounted for 18.0% of total marketed natural gas production for the year. Looking ahead, exports are expected to see continued growth as several LNG export projects advance towards construction and will add incremental supply in 2025+ (read more).

The US has an important role to play in providing energy security for allies.

Russia’s invasion of Ukraine has profound implications for global energy flows as many countries look to replace Russian petroleum and natural gas with imports from friendlier producers, including the US. While energy supplies are tenuous, it would be even worse if not for US energy exports. Prior to the war, European countries imported around 3.1 MMBpd of oil, feedstocks, and NGLs from Russia and 1.3 MMBpd of refined products, including diesel. US supplies may be able to help replace Russian NGLs, diesel, and to a lesser extent, crude, while more meaningful LNG volumes from the US may take time.

In 2021, leading destinations for US crude exports included India, South Korea, Canada, The Netherlands, and China. With India and China purchasing Russian crude at hefty discounts, US crude exports into those markets will likely decline and shift to other countries trying to avoid Russian barrels. It’s important to keep in mind that not all crude is equal. Russia largely exports Urals crude, which is a medium, sour grade, but also exports lighter grades like ESPO. The US largely produces light, sweet crude. A refinery that bought Urals likely can’t replace it with US crude, but a refinery that bought ESPO could potentially replace it with US crude. That said, China tends to dominate ESPO purchases anyways. In short, US light, sweet crude is not that helpful for replacing Russian crude supply. Medium sour grades from the Middle East and other regions are likely a better replacement.

Fortunately, natural gas does not have the quality nuances of crude, and an LNG cargo can replace Russian natural gas from a pipeline or Russian LNG assuming the infrastructure is in place to unload the cargo. Russia’s invasion of Ukraine has strengthened the long-term outlook for US LNG as European buyers look to replace natural gas from Russia and Asian demand continues to grow. Customers are signing up today for LNG volumes that will be available in 3 or 4 years once projects are constructed. Existing US LNG export capacity is largely spoken for under long-term contracts, though buyers can elect to shift cargoes to Europe.

The benefits of US energy independence and growing exports extends well beyond the borders of the US as the world struggles with energy security in the wake of Russia’s invasion of Ukraine. Today’s energy supply challenges would be even worse if not for the significant exports of petroleum and natural gas from the US.