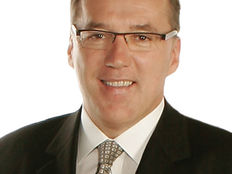 Under the Hood of the U.S. Global Jets ETF (JETS)

Granularity has been a key theme in the ETF industry as an ever-expanding product suite continues to allow for investors new ways to slice-and-dice the investable universe in ways that were previously simply unimaginable.

We recently had the opportunity to talk with Frank Holmes, CEO and chief investment officer of U.S. Global Investors, about his firm’s entrance into the ETF space; more specifically, we take a closer look under the hood of the recently launched airline ETF (JETS), dissecting its strategy and portfolio construction as well as the appeal behind it.

ETF Database: What’s your firm’s background? What motivated you to launch the JETS ETF?

Frank Holmes (FH): Our firm has been involved in the fund industry since 1968, when it became a registered investment adviser. We have a longstanding history of releasing first-of-their-kind investment products. We currently manage nine mutual funds.

With JETS, we saw an opportunity in the marketplace to fill an unmet need, but more importantly we believed (and still believe) that the airline industry had changed in many important ways including free cash flow, and that the timing was right to introduce this ETF.

ETF Database: Airline ETFs haven’t had much success in the past (FLYX, FAA both closed). With that being said, what makes the current environment and timing of your launch any different? How do you plan to succeed where others before you have failed?

FH: This is an important question we considered long before we decided to launch JETS. In the end, we concluded that the airline industry has evolved significantly since those ETFs closed down, and that in many ways it’s a structurally different business and therefore a substantially more attractive investment paradigm. I’ll highlight a few of the most important changes, including breakeven load factors, ancillary fees, consolidation, and high free cash flow, although there are others.

To begin with, greater seat density has enabled carriers to surpass prior breakeven load factors, or the minimum number of seats that must be filled to recoup operating expenses. Whereas the domestic breakeven load factor in 2014 was 85 percent, the figure has fallen significantly, and now ranges from 73 to 79 percent. This means that today airlines must fill fewer seats before breaking even.

Carriers have also managed to grow profits by introducing more ancillary (non-ticket) fees. Though we may not love paying extra for perks that were once free when we travel, charges for add-ons such as checked baggage, priority boarding, Wi-Fi, on-board meals, and extra leg room have all increasingly contributed to airlines’ earnings. While global ancillary revenue for 2007 was just $2.45 billion, by 2013 it had risen to $31.5 billion.

The airlines have also benefited from consolidation, although it may have been a painful process to get to this point. It’s easy to forget that between 2005 and 2008 about 70 percent of U.S. carriers were operating under Chapter 11 bankruptcy protection. Like many other once-struggling sectors, the airline industry has been forced to restructure and consolidate since the 2007-2008 financial crisis. Carriers have improved their balance sheets by streamlining operations as well as implementing stricter fuel efficiency standards. With this additional capital available, many airlines are now turning their attention back to making investors happy by paying dividends, boosting earnings per share, and buying back their stock. U.S. Airlines are also collectively paying down massive amounts of debt.

Many analysts have pointed to low oil prices as the reason airlines have been doing so well, however airline stocks were on the upswing more than two years before oil prices began to plummet. Today, free cash flow, an important measure of financial performance, is at all-time highs across the industry. With greater free cash flow, airlines are able to invest in themselves by upgrading their fleets with more efficient aircraft, or reward shareholders with share buybacks or dividends.

ETF Database: Please walk us through the portfolio construction process behind JETS. What is noteworthy about this ETF?

FH: The two most noteworthy factors I see are that JETS is inclusive of the entire business of flying, not just airlines, and that it is international in scope. Beyond this, it is structured as a smart beta fund, designed to provide maximum growth opportunities for investors through its allocations.

There are several factors we consider when selecting constituents for JETS. Our Industry Criteria is relatively broad compared to previous airline ETFs, and includes Airlines, Aircraft Manufacturers, and Airports & Terminal Services. Our Geographic Criteria is global in scope, encompassing North America, Europe, Asia, and South America. To be eligible for inclusion, companies must have a minimum $100 million market cap, with 500k minimum average daily dollar value traded over the preceding three months.

A 12% allocation is given to each of the top 4 U.S. domestic airlines by market capitalization and load factor. A 4% allocation is given to the next 5 domestic airlines, also ranked by market capitalization and load factor. A composite fundamental rank is calculated for the remaining domestic airline industry companies (considering cash flow, sales growth, gross margin, and sales yield), with the top 4 companies receiving a 3% weighting apiece. Finally, the top 20 foreign airline industry companies are ranked using the same composite score methodology, with each company receiving a 1% weighting.

The benchmark is rebalanced quarterly.

ETF Database: What are the most important statistics to consider when evaluating the future outlook of the global airline industry? How do these growth metrics compare to those of other modes of transit?

FH: One of the most important statistics to consider when evaluating global airlines is a company’s free cash flow, or what the company is “free” to spend. When a company has high free cash flow it is more likely to put that extra money back into its own growth or even better to declare a dividend for its shareholders. Free cash flow is expected to reach a record high in 2015 and if you look at individual companies’ free cash flow, three of our four biggest holdings – Delta, Southwest and United — are expected to have yields above 10 percent this year.

When comparing airlines to other modes of transit in the transportation industry, one point for investors to consider is that planes, trucks, and trains trade at very different PE ratios and cash flow multiples. Trains and trucks trade at 18 to 19-times earnings while planes still trade at 9-times earnings.

As you can see below, domestic airlines stocks are also relatively inexpensive when compared to the broader market.

ETF Database: What’s the appeal behind investing in this corner of the transportation industry for the long-haul? What are the biggest “tailwinds” so to say?

FH: Over the past three years, the airline space has experienced a rise of 287% as of April 2011, making it the best performing industry in the industrial sector. Airlines have the “magic” factor, and that is free cash flow.

Another vote of confidence in this industry came a few weeks ago when the CEO of American Airlines, Doug Parker, announced that he will receive compensation in stock rather than cash. Allegiant Air executive Maurice Gallagher Jr. is another industry leader who has chosen stock over cash, showing his confidence and bullishness on the airline sector.

As far as tailwinds go, much of the speculation has been based around the potential rise in the price of oil and how this will affect the airlines. As I mentioned earlier though, airline stocks were on the upswing more than two years before oil prices began to plummet.

The JETS ETF warrants a closer look from anyone looking to round out their portfolio’s equity component; as such, this ETF may appeal to those looking for more granular exposure to the transportation sector, making it a truly unique “pure play” instrument for targeting the airline industry.