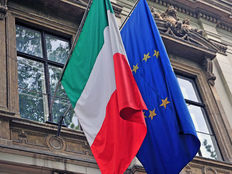 3 ETFs to Play If Italy Leaves the European Union

Although Italy was one of the founding member states of the European Union, the horrific tragedy in Brussels, among other events, haven’t inspired a lot of confidence. The EU’s failure to stem the tide of immigrants arriving in Italy has led to some bitterness amongst Italians, while the nation’s economy has struggled to recover from the sovereign debt crisis. These developments have fueled the rise of the Eurosceptic Five Star Movement (M5S) that could clinch more than 53% of the vote.

While M5S remains committed to EU membership, the group is widely expected to take over the government and immediately call a referendum on leaving the single currency and the European Union. Post-referendum polling showed only 15% of Italians wishing to remain in the EU, but ongoing political turmoil, a lack of economic growth, and any success on the part of Britain following its departure could change the tides and lead Italy closer to an exit from the Eurozone.

Here are three exchange-traded funds and notes (ETFs and ETNs) that could benefit from Italy’s departure from the European Union, if it materializes:

The iPath S&P 500 VIX Futures ETN provides investors with exposure to the CBOE Volatility Index, which tends to increase in value as the S&P 500 becomes more volatile. In the aftermath of the Brexit vote, the ETN rose nearly 20%, from its $54.44 closing price on June 23 to a $65.00 open price on June 24 (the vote occurred after market close). The ETN continued to rise until reaching a high on June 27 of $71.48, which represents a significant 31% increase from just before the vote.

If Italy was to exit the European Union, it’s likely that the iPath S&P 500 VIX Futures ETN could see a similar upside – particularly if the market is caught off-guard. Some economists believe that an Italian departure from the EU could be the ‘beginning of the end’ for the geopolitical union. A breakup of the EU could lead to significant economic turmoil for Europe and the entire world, since it would inevitably disrupt trade and lead to slower economic growth.

The ProShares UltraShort Euro ETF provides investors with 2x daily leverage and inverse exposure to the U.S. dollar price of the euro, which means that the ETF will rise twice as fast as the euro falls. Following the Brexit vote, the ETF rose nearly 6% from its $23.15 closing price on June 23 to $24.49 opening price on June 24. The ETF continued its rally to a high of $24.85 on June 27, which represents a significant 7.3% increase over the relatively short time frame.

If Italy exits the European Union, the euro could see significantly more downside, given the greater potential for the collapse of the entire geopolitical union. Britain had relatively little impact on the currency itself, since the British pound remained the region’s currency of choice. Italy’s usage of the euro could impact the currency a lot more if it was to move back to the Italian lira and disconnect itself from the currency union.

The SPDR Gold Shares Trust is the largest fund that tracks gold’s spot price by investing in the physical commodity. Since it’s widely viewed as a safe-haven asset class, gold prices tend to rise when uncertainty impacts the markets. After the Brexit vote, the ETF rose more than 5%, from $120.11 to $126.62. The ETF eventually moved as high as $131.15 by July 6 before giving up some ground – a sizable 9% return over a short time frame.

Italy’s exit from the European Union would likely lead investors to pursue safe-haven assets like gold for two reasons. First, gold tends to rise in value during times of economic uncertainty, since it’s universally seen as a currency of choice. And second, European citizens may convert their euro holdings into gold to avoid losing out if the euro’s value was to slide. Since Italy’s exit would be more dramatic than Brexit, gold could see a lot more upside.

Italy is one of the most Eurosceptic countries in the European Union. While more than two-thirds of the population support remaining in the EU at the moment, these sentiments could change over the coming months as the region struggles with a slowing economy and refugee crisis. Investors may want to consider the three ETFs discussed above as potential opportunities, in the event that an Italian exit materializes based on its response to Brexit.

A Diversification Strategy to EV Investing

Headlines Could Use a Warning Label!

A Fireside Chat With EPD: Managed for Long-Term Success

Check Out RHS for Walmart Exposure

Demand for High Yield Bond Funds Went Up During July