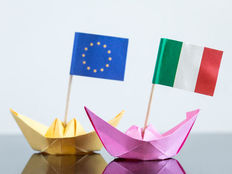 The vote, dubbed ‘Brexit,’ threw the markets for a loop and had wide implications for the British economy. Not to mention those stocks and business domiciled in the U.K. However, the biggest effects could be felt by the European Union itself, and are bigger than just one nation leaving the trade and monetary bloc.

That’s because more than one nation is considering a vote to leave the E.U.

In this case, we’re talking about Italy. Unlike the U.K., Italy has been on the other side of the coin. As a bailout recipient, the nation has been under duress, since imposed austerity measures have caused stagnation, chronic high unemployment and a banking crisis. Under that scenario, former Prime Minister Matteo Renzi called for a bailout referendum on December 4, 2016.

The vote wasn’t about just straight leaving the E.U. Citizens can’t directly vote on intentional treaties in Italy. It is about constitutional reforms, and Renzi pledged to step down, if the vote wasn’t passed. Political analysts expected that a “No” vote will lead the way for the populist anti-establishment Five Star Movement and its leader Beppe Grillo to win Italy’s next election. Grillo has already announced his first plans of action will be to remove Italy from the E.U. and become independent.

With a high voter turnout, Italians voted “No” to the referendum. Matteo Renzi was soundly defeated with 60% of the voters against change. The populist movement Movimento 5 Stelle (M5S) is expected to take over the government and immediately call a referendum on leaving the single currency and the European Union – leading the way for “Quitaly”. Italy could be the next domino in the European Union to fall in 2017 and beyond.

Like the U.K’s decision to leave the E.U., Italy’s referendum vote isn’t exactly a net positive or negative either way. There are a lot of moving parts. Nonetheless, if this “No” vote does lead to a Brexit-style departure from the European Europe, it’s safe to say there will be negative effects right off the bat.

For one thing, stocks in the nation should tank – just like they initially did in U.K. According to investment bank HSBC, Italian stocks could fall by more than 20% when the vote takes place. Former Prime Minister Matteo Renzi has already resigned and there is a political vacuum in Italy right now. HSBC estimates that the nation’s banking sector – which is already on the verge of collapse – could take a major hit, as could the real estate sector.

For investors wanting to capitalize on a decline in Italian stocks, they can do it the old-fashioned way and short the iShares MSCI Italy Capped ETF (EWI B+). EWI tracks the MSCI Italy 25-50, which is a measure of the 24 largest stocks in the nation. About 30% of its exposure is banks and other financial firms. Already, the ETF is down big this year, as concerns have grown. But EWI should fall further, if Italy goes through with “Quitaly.” That makes it an easy short for investors.

Shorting the euro currency is much easier with ETFs, since there are a few different routes investors can take. The ProShares UltraShort Euro (EUO A) provides the biggest bang for the buck. EUO provides 2x the inverse exposure to the daily movement of the euro. That means if the euro falls, EUO will go up. The leverage provides an extra boost, if that happens. The ProShares Short Euro (EUFX C) can be used by investors looking to short the currency without the leverage effect.

Italians do not believe that leaving the E.U. is the solution to the country’s economic malaise as opinion polls post referendum show that only 15% of the voters favor an exit from the European Union. If Italy stays in the E.U., the opposite could be in effect for Italy and its markets. Austerity budgets, unemployment and the general state of the economy could still persist if the new Italian government isn’t able to deliver on its plans. HSBC does expect a short-term relief rally of roughly 5% to 10% on a positive vote. Likewise, the European Union and euro currency would dodge a major bullet and continue to operate as normal. Here are 2 ETFs to play a “yes” vote.

Previously mentioned EWI would be a big winner for the relief rally, as would the WisdomTree Europe Hedged SmallCap Equity Fund (EUSC B). EUSC provides exposure to European small caps. The volatile nature of smaller firms already adds to their growth potential. What’s great about the ETF is that it has around 20% of its exposure to Italian small caps. Investors basically get a double shot in the arm – small caps and Italian exposure. Both should do very well, if the nation votes yes.

And let’s not forget the Euro. Guggenheim CurrencyShares Euro Trust (FXE A) is the classic way to play the currency. FXE owns physical euro notes stored in a bank on behalf of investors and one share represents an even $100 exchange. If the euro rises, it’ll be directly reflected in the value of FXE share price.

In the end, the Brexit opened up a can of worms. The first of those worms will be Italy. While not exactly voting to leave the European Union, the referendum vote signalled the ability of the anti-Europe government to take power – and that could potentially lead to the so-called “Quitaly” scenario. In the end, investors do have the ability to play the vote, in either direction. 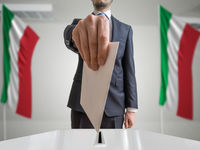 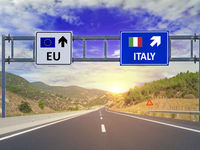 Italy Votes ‘No’: Analyzing the Referendum

Italian Prime Minister Matteo Renzi has failed to convince his fellow citizens to vote in favor... 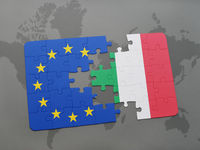 Why Italy Might Be Next to Leave the EU

The United Kingdom’s historic referendum to leave the European Union (EU) may have set a... 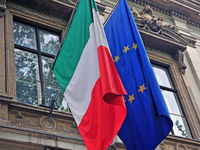 3 ETFs to Play If Italy Leaves the European Union

Although Italy was one of the founding member states of the European Union, the horrific tragedy...