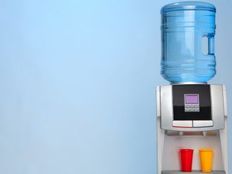 As 2022 comes to a close, the total ETFs currently trading in the market has now topped 3,000 — a seemingly impossible number when the first products launched nearly three decades ago. Our VettaFi Voices weighed in on which new ETFs caught their attention this year.

Also, for a fun bonus question to revisit next December, how many ETFs will launch in 2023?

Todd Rosenbluth, head of research, VettaFi: Since we’re doing this in the company Slack and not in person, I don’t have to break out my KPOP ETF music to get the audience on my side. I just need the facts.

To me, the best new ETF of 2022 is the Capital Group Dividend Value ETF (CGDV ), which was part of the firm’s initial suite of active ETFs in February and which already has over $1 billion in assets. Dividend, value, and active is a strong summary of what worked in 2022.

It’s not all that surprising. As I’ve been saying since it passed, the ETF Rule really opened up the floodgates, making it cheaper and easier for any manager with a lawyer and a dream to launch an ETF. Even if markets tank, I can’t imagine we’ll soon find ourselves in a situation where the trend for ETF launches bends on a downward trajectory, rather than upward. So maybe we’ll see 500+ launches next year? I don’t know. The sky’s the limit.

Rosenbluth: Yes, I had thought we would see more single-stock ETFs launch, but thankfully asset managers are focusing on the handful of high-profile growth stocks, like Apple (AAPL) and Tesla (TSLA), and not just offering up an inverse Coca Cola ETF.

Crigger: True, though honestly I could see good use cases for something like an inverse Coca-Cola ETF. Because if the idea is that these products should be short-term trading instruments, allowing traders to make extremely tactical moves on ephemeral market spikes and dips, then investors should want available to them a full menu of the most liquid stocks in the world — of which (KO) is one.

Rosenbluth: I see your point, but as someone with a Diet Coke addiction, I don’t see a world where I would want an inverse version of KO.

Crigger: I’m a Pepsi girl myself. Anyway, that said, single-stock ETFs really haven’t gathered the assets like I think many market watchers thought they might. All told, those 24 ETFs have just $631 million in assets. Most of that money isn’t even in the single-stock ETFs, but the single-bond ETFs: the $192 million US Treasury 3 Month Bill ETF (TBIL ), which holds three-month T-bills, and the $158 million US Treasury 2 Year Note ETF (UTWO ), which holds two-year notes.

Perfect timing for those funds, by the way! For most of the year, going super short on duration has been a very smart strategy.

Rosenbluth: There are a few other ETFs I found interesting that have not yet gained much traction yet. For example, the small-cap growth stock-focused Invesco Nasdaq Future Gen 200 ETF (QQQS ) launched in October, two years after the Invesco Nasdaq Next Gen 100 ETF (QQQJ B) came out, which is itself the smaller-cap version of the Invesco QQQ Trust (QQQ B+). QQQJ has accumulated over $800 million in assets in two years, so I think QQQS will be one to watch over next two years, too.

I also like the PIMCO Senior Loan Active ETF (LONZ ), since PIMCO was early with active ETFs, but now seems to be ready to be a bigger player in the space. The senior loan ETF market is concentrated in a handful of firms, but PIMCO has strong expertise to tap into. If investors begin to take on more credit risk in 2023, as the Fed slows down rate hikes, then senior loans could be of greater interest to advisors.

Crigger: For my part, I think in 2022 some of the most innovative products have come to market that we’ve seen in years. It’s impossible to pick a favorite launch in a year that saw the first sector-based fixed income ETFs, the first single-stock ETFs approved and launched, the first short bitcoin ETF, and even, as Todd alluded to, the first K-Pop ETF launch. (By the way, am I the only one who remembers the Quincy Jones ETF?)

Rosenbluth: I remember the proposal for a Quincy Jones ETF, but that one never made it. KPOP did what Quincy couldn’t.

Crigger: True! Also, there were some amazing under-the-radar launches, weren’t there? The Nightshares ETFs are one of those fund families I genuinely didn’t see coming — a strategy that only buys when markets close and sells when they open? Plus, the old commodities reporter in me was nerding out to see not one, but two distinct no K-1 ag ETFs launch (Teucrium’s (TILL ) and Invesco’s (PDBA )). I honestly didn’t realize there wasn’t already a K-1-free ag exposure, not until those came to market. Todd, what was the ETF launch that took you most by surprise?

Rosenbluth: Well, Lara, we talked about single-stock ETFs, like the AXA TSLA Bear Daily ETF (TSLQ ) already, but I was surprised to see the single-Treasury bond ETFs you mentioned, like TBIL. I’d figured advisors and investors were sufficiently covered by ETFs like (BIL B+) and (SHV B+), but the purity of a targeted, single-Treasury note, with the liquidity and ease of use of an exchange traded vehicle, and with clear pricing, over time has made more and more sense to me. Investors think of ETFs as being diversified across multiple securities, but in 2022 we learned they do not have own multiple securities to offer diversification potential.

Dave Nadig, financial futurist, VettaFi: So, this dovetails with my thoughts nicely. I think the Treasury products from F/m are the launches of the year, precisely because they seem so boring. They’re dirt-easy to explain — the funds just hold on-the-run Treasuries — but they solve what turns out to be an actual problem: Many advisors don’t have access to a cheap, easy way to buy Treasuries direct, at least not in a way that plays nicely with all the rest of their trading and reporting systems. Even those that can access Treasuries through a desk, I’ve discovered, often end up paying more in slippage and fees than the expense ratio of these new ETFs. Which is insane, but enough folks have said this to me now that I just have to believe it.

So as boring as they are, it turns out they solve a genuinely real problem, and I’m a fan of people solving real problems. Add in the BondBloxx products, and we have innovation in the fixed income space for the first time in… well, a long time.

As for the horse race, I think the pace of launches comes way down (I disagree with Lara here — markets matter), so if we crossed 300 launches in 2023, I’d be surprised. I wouldn’t, however, be surprised by 2023 being our first $1 trillion year for flows. Even in boring markets, the flows story never abates.

Rosenbluth: Dave, not only would I not be surprised by $1 trillion in flows next year, I expect it to occur. And I think you are too low with your launch forecast. We’ve had lots of new entrants over the last couple of years: Matthews Asia, Federated, Harbor Capital, Neuberger Berman, DoubleLine, Capital Group, Touchstone) and Morgan Stanley is coming soon. They will not slow down their efforts to broaden the lineup. So as far as new ETFs, I think we’ll see 450 new ETFs in 2023 (without looking up where we are at right now). I do not expect a high-tide wave of single-stock launches in 2023, though.

While I’m thinking of new launches, I was also excited for the Fairlead Tactical Sector ETF (TACK ), which is run by Katie Stockton as a fund of funds using technical analysis. I love when people bring expertise to the ETF market and gain efficiency, and Katie is smart and makes a compelling case with her strategy.

Dave, I thought you might’ve listed [as one of your favorites] one of the many ESG ETFs that came out.

Nadig: I agree that TACK has real appeal, and unemotional technical investing has a big audience. Even if you’re not a technical analysis believer, Katie’s commentary on the markets I find incredibly helpful in understanding the context of the market.

As for ESG… the reality is that the market hasn’t cared much about ESG this year, and I’m not sure that turns around massively in the next year. I think the big battle for ESG is going to end up being much more around stewardship and voting, rather than “is Exxon better/worse than Tesla” based on over-abstracted single-scores.

While ESG investing isn’t going anywhere, I think the initial rush of launches and marketing is behind us, and now, as usually happens, I suspect the best approaches will win in the marketplace of ideas. It’ll just take some time.

Rosenbluth: True, but I like that we have more ESG choices, like the Xtrackers S&P ESG Dividend Aristocrats ETF (SNPD ), as well as S&P 500 growth and value products from DWS. For advisors that want to shift to an ESG allocation model, they have the tools to do so.

Roxanna Islam, associate director of research, VettaFi: I’ll throw in the WisdomTree Battery Value Chain and Innovation Fund (WBAT ), which launched in February. I think electric vehicles are one of the most compelling ideas in the thematic space. It’s not a matter of “if” they will happen — it’s just a question of when exactly we will transition and how companies will execute. Batteries and other supporting technologies are among the earliest beneficiaries of this trend, and it’s great seeing recognition of this silo within the EV market.

Yes, there were a few ETFs in battery technology, like (LIT C+) and (BATT ), that launched before this year, but it will be interesting to see how WBAT compares, given that it currently has less materials exposure and higher exposure to industrial constituents that are further up the value chain (that’s a 40% weighting to industrials vs. just under 20% for LIT and BATT).

For ETF launches, I think next year will be difficult to predict, but it may be slightly higher than this year. So I’ll pick a round number and say 450 new launches, too.

You have to consider the economic environment and investor risk aversion and how that will play into new launches. But the great thing about ETFs is that they’ve always been built on innovation (e.g., all the unique launches Lara mentioned above like single-stock ETFs, short bitcoin futures ETFs, etc.). So I think there will still be a few new surprises next year as well.

Rosenbluth: I will now predict 451 new ETFs in 2023, so as to be ahead of Roxanna in true “Price is Right” style. I have high hopes of winning the prize of a framed photo of the VettaFi Voices together at Exchange. (We are doing that, right? Right?)