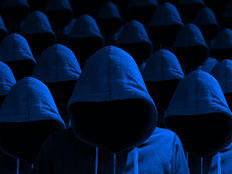 "IT Army" Is Fighting on a New Front

The war in Ukraine has a distinctly modern front: the cyber front.

A volunteer “IT army” of cyberdefense and attack experts, hacktivists, and IT professionals has been coordinating through a Telegram channel to launch distributed denial of service (DDoS) attacks against Russian websites belonging to everything from banks to official government groups.

The IT army was formed to counter Russia’s significant hacking capabilities. In the lead-up to the invasion, Ukrainian banks and government websites were knocked offline. “Our country didn’t have any forces or intentions to attack anyone. Therefore, we made a call,” a former Ukrainian official said to Wired. “We already know that they are quite good at cyberattacks. But now we will find out how good they are in cyberdefense.”

Though it remains unclear what the impact of the IT Army has been or will be, their presence frees up resources that can be allocated elsewhere. Many nations have hacking capabilities through intelligence agencies and military personnel. The IT Army frees up those resources for Ukraine. “It really is true that even in this age of automation and other things, additional bodies will make a big difference,” said J. Michael Daniel, the head of the industry group Cyber Threat Alliance and former White House cyber coordinator for President Obama.

The volunteer IT force isn’t acting alone. Co-founder of Ukrainian firm Cyber Unit Technologies, Yegor Aushev, has been using social media to find volunteer hackers from a variety of countries. “We are united. We are focused,” Aushev said. “We sleep two or three hours per day and then we are always online. We don’t have shock anymore.” He notes that the immediate goals are to deface Russian sites with antiwar messaging and flood key infrastructure with DDoS attacks.

Some experts fear that non-state actors could lead to escalation between Russia and other countries. Kellen Dwyer, a partner at Alston & Bird LLP, told the Wall Street Journal, “There’s the possibility for misfires, misattribution and miscalculations that really concerns me.”

The long-term effects of the cyber front are unknown, but they underscore the growing importance of cybersecurity. Investors would be wise to explore a fund like the First Trust NASDAQ Cybersecurity ETF (CIBR B), which tracks an index of companies engaged in the cybersecurity segment of the tech and industrial sectors.