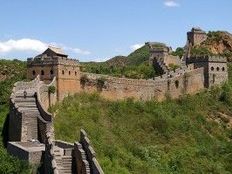 For the past several months, investors have somewhat ignored a concerning “bubble” festering in China. While not the same debt crisis as seen in the U.S. and the eurozone, China is now facing its own struggles to tamp down rampant leverage.

In December of 2014, Chinese regulators spooked markets after announcing that they would be taking additional steps to curb fiscal irresponsibility seen in the country’s debt markets. Those steps, however, seem rather futile now, as many believe China should have taken measures to check this behemoth of an issue a long time ago.

Back in December, Chinese regulators imposed a ban on investors using low-grade corporate debt as collateral to borrow cash. Specifically, the country’s security clearing house stated that it had raised the threshold for corporate bonds qualifying as collateral for repurchase agreements (which are used by insurers, mutual funds, and brokerages for short-term funding). Regulators are no longer allowed to accept newly issued corporate bonds for collateral unless they are rated AAA or are sold by issuers rated AA or higher. The change sparked an immediate reaction; bond investors quickly scrambled to sell junk bonds and raise cash [see a full list of China Bond ETFs].

For a bit of background, China’s financial system has become severely debt-laden over the years, with investors using risky collateral to leverage their bets. The country’s margin lending (which allows investors to borrow money against their assets to invest even more money in the market) has roughly tripled over the past year, rising to a whopping $276 billion or 3.2% of total market capitalization.

But according to Macquarie Securities Group, this figure does not even encompass the total amount of leverage in the market. If you adjust the numbers, China’s margin-debt ratio is 8.2% of the free float (a measure of market capitalization which excludes government held shares). This is perhaps a much better depiction of the amount of leverage in the market, since China’s state controlled businesses hold a substantial number of shares off the market.

The amount of leverage every-day Chinese investors are using in the stock market is certainly not sustainable, and soon enough the country’s equity rally—bloated by risky and fiscally irresponsible leveraged bets—will face a reality check.

China’s bloated debt and highly leveraged equity markets should by no means be ignored; even with additional regulatory reforms, it is likely that China’s economy will face some steep corrections soon.

From a longer term perspective, however, it is important to recognize China’s attempt at implementing structural reforms, which are ultimately aimed at sustaining economic growth and shifting the country’s dependence on state investment and exports to a more independent consumer-driven market. To get to this ambitious goal, however, China’s markets will likely face some tough and volatile transitions in the next few years.

We’ll be keeping a close eye on this developing macroeconomic story. In the meantime, be sure to track the performance of Chinese equities and fixed income securities by visiting our China Bond and China Equities ETF pages.