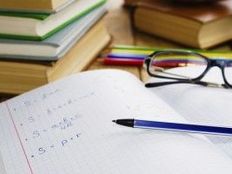 The first quarter of 2015 is officially on the books and the bull run on Wall Street celebrated its sixth consecutive year. Though markets were choppy in the first three months of the year, most major benchmarks were able to eke out a gain.

While major benchmarks, such as the S&P 500, were battling for fresh highs, the ETF world saw a battle of titans as investors shifted their money around. The SPDR S&P 500 ETF (SPY A) fell out of favor in Q1 while its low-cost competitor, Vanguard’s S&P 500 ETF (VOO A), gained traction with the investing world.

In Q1, SPY had a dismal $31 billion in net outflows (that number increased to $44 billion through the end of April), despite the fund gaining 1.87% over that same time period. Meanwhile, VOO had inflows of just over $3 billion:

There are a couple factors at play here. For starters, SPY is used far more often as a trading tool than VOO and is especially prominent with large institutions. That means that SPY is no stranger to big orders. Also, net flows can be slightly misleading, as an increase in short interest will also increase the outflows figure. SPY has been seeing an increase in short interest this year, and according to the Wall Street Journal, the fund currently has just over 273 million shares held short.

The latter two factors certainly have a big impact on SPY and are far less applicable to VOO. VOO trades far less often and is favored by retail investors. Still, the numbers for Q1 are nothing to ignore. Even if SPY’s outflow figure is due entirely to short interest, VOO still saw a healthy amount of inflows for the quarter, demonstrating that investors have not completely abandoned the S&P 500 (as far as the ETF world is concerned), but are more interested in a low-cost option [see also BOND Recovering from Bill Gross Exodus].

Since their introduction, one of the most important attributes ETFs have aimed for is to be cost efficient. As the years have progressed, we have seen a number of issuers wage something of a price war, slashing expenses or debuting low-cost funds to compete with products that are already on the market. A prime example comes from the COMEX Gold Trust (IAU A). IAU’s exposure is very similar to that of the famed SPDR Gold Trust (GLD A-), yet it charges 15 basis points less.

VOO came into the market with a similar makeup, targeting investors of SPY. It’s not surprising to see investors favor a low-cost option, especially when VOO’s exposure is identical to SPY. A few measly basis points might seem unimportant at first, but when dragged out over time a difference in expense ratios can make quite an impact on a portfolio.

The battle for the most cost-efficient ETFs has been a point of focus for issuers over the last few years, and that trend only figures to benefit investors in the long run. Look for low-cost products to continue to fall into investor favor as time goes on, as many wish to trim down their portfolio expenses each year.