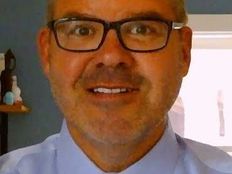 One Way to Profit from Emerging Market Consumers: Q&A with Kevin Carter (EMQQ)

Even with more than 1,600 funds on the market, there’s still plenty of gaps in the investable universe that have yet to be made accessible via exchange-traded vehicles. One such corner is the consumer goods and services sector in emerging markets.

We recently had the opportunity to talk with Kevin Carter, CEO of Big Tree Capital and Chairman of the EMQQ Index Committee, about a creative way to profit from the rising middle class in developing markets around the globe. More specifically, Carter offers a look under the hood of the Emerging Markets Internet & eCommerce ETF (EMQQ), highlighting the appeal as well as the fundamental tailwinds that are bound to drive this investment vehicle for the foreseeable future.

ETF Database: What’s your firm’s background? What motivated you to enter the ETF arena?

Kevin Carter (KC): I’ve been working with Burton Malkiel since 2002 in the development of several index-based investment strategies, but before that my career was entirely focused on Warren Buffett-style “value investing". I still pray towards Omaha and keep one foot in the active world. I’d like to think I’m a better “indexer” because of my experience in the “active” world and vice versa.

Burton and I first started working on China and emerging markets together in 2005 and we partnered with Guggenheim in 2007 to launch the first of what are now five Guggenheim China and Emerging Markets ETFs. So I’ve been in the emerging markets ETF business for a long time. Big Tree Capital is a continuation of my efforts to provide investors with better options for investing in the developing world – both emerging and frontier markets. We created the EMQQ Index to give investors exposure to what I believe to be the best sector of emerging markets for long-term investors and what I believe is perhaps the best story of capitalism and growth of our generation.

ETF Database: What are the most important tailwinds to the growth story of the emerging markets consumer base? Likewise, what are the biggest headwinds?

KC: The biggest tailwind is human nature – people want stuff. People in the developing world are no different than people here. They want better food, better clothes, an iPhone and a car. They want their kids to go to a good college. And in emerging and frontier markets there are literally billions of people that are just starting to get these things. The world has globalized and people in developing markets are “moving on up”. It is a very big and powerful secular trend. McKinsey & Co. calls it “the greatest opportunity in the history of capitalism”.

And it’s still very early. Thus far it has been largely the China consumer story, but it is spreading to India, to Indonesia and even to Africa.

The primary economic risk we know of today is slowing growth in emerging markets as a result of falling oil and commodity prices.

Be sure to also try out ETFdb’s Free Country Exposure Tool.

ETF Database: More specifically, what is fueling growth in the eCommerce space across emerging markets?

KC: Just as billions of people in the developing world are entering the consumer class, the methods and models of consumption are changing. The enormous wave of emerging-markets consumers is colliding with the following three powerful secular trends:

The result of this confluence is nothing short of amazing growth. The average annual increase in revenue for the constituents of the EMQQ Index has been 41.5% for the past five years. And while that rate will certainly slow, in 2014 revenue growth was still a very robust 39.9%. That’s the total revenue of 44 publicly traded companies in the same index.

Can you name one U.S. company that has that top-line growth? I’ve never seen anything like it in my career.

ETF Database: What are some limitations of existing emerging markets equities ETFs? How does EMQQ differentiate itself from more established competitors in the space?

Existing emerging markets ETFs leave a lot to be desired, and frontier markets indexes and ETFs are even worse. There are many flaws with them but I will highlight the two biggest. The fatal flaw of major emerging markets ETFs (EEM, VWO, IEMG, etc.) is that they have about 30% of their assets in state-owned enterprises or “SOEs”.

SOEs are largely giant, monolithic, legacy Chinese, Russian and Brazilian banks and oil companies that dominate the indexes and have a well-deserved reputation for being inefficient at best and corrupt at worst. They are not operated for the benefit of the equity shareholders but rather as tools of the governments that control them. You don’t need to look very hard to see this. Consider Brazilian SOE PetroBras, where dozens of senior Brazilian government officials currently stand accused of looting billions in bribery and kickback schemes. PetroBras is actually in the major indexes in four places – meaning four different share classes.

Which brings me to the second problem. Do you know what is NOT in the index? Almost all of the companies in the EMQQ Index.

Of the 44 current constituents only two are in the largest emerging markets ETF (VWO). So to summarize: the major ETFs are heavily invested in the worst part of emerging markets while systematically excluding what I feel is the best part of the growth.

The simplest way to think about the difference is that the EMQQ Index represents the future of emerging markets while the legacy indexes and ETFs represent the past. As Warren Buffett says, “The investor of today does not profit from yesterday’s growth.”

ETF Database: Broadly speaking, how is the eCommerce revolution in emerging markets different than what’s taking place at home or in other developed markets? How is it similar?

But they are doing things differently as well. For example, in China both JD.com and Alibaba offer same-day delivery in hundreds of cities. In India, people are buying stuff online, but they don’t pay until their purchases are delivered and they typically do so in cash to the deliveryman only after trying out their new goods. Another big difference is that in most of the emerging world there is no real existing consumption infrastructure – meaning that the eCommerce companies are not competing with Target and Walmart but rather with small corner shops with limited inventory and selection.

Emerging markets are “leapfrogging” what might be considered the traditional consumption pattern. Think of it this way, in the U.S. eCommerce is making it easier to do and get stuff that we could get before, while in the developing world it’s allowing people to do and get stuff for the first time.

While there’s currently more than one way to access emerging markets equities, the nuances associated with the most popular ETFs targeting these securities may prove to be less than ideal for many investors. As such, we feel that EMQQ warrants a closer look under the hood from anyone looking to geographically diversify their portfolio’s equity component but is wary of opting for a traditional broad-based fund that may lack lucrative growth potential.