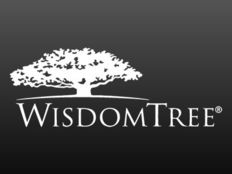 A Reworked ETF for Aggressive Traders

Last week, industry stalwart WisdomTree announced the restructuring of one of its “China equities” funds. Effective July 1, the Dividend ex-Financials Fund (formerly CHFX) has been restructured and renamed the China ex-State-Owned Enterprises Fund (CXSE A-).

China has been the most exciting, and volatile market in the world YTD. Since year-end 2014 the Shanghai Composite had already experienced a tremendous run higher followed by an extremely sharp sell-off. It remains in positive territory even after recent declines.

WisdomTree defines state-owned companies as those having government ownership of more than 20%. The theory behind the change in this WisdomTree ETF is that formerly state-owned enterprises (SOEs), once unshackled from political pressure, will perform much better than they did previously.

The People’s Bank of China (PBOC) recently began using Chinese QE funds to begin purchasing stocks directly. This committed a huge new source of capital to the buy side of that market, essentially providing a sort of ‘put’ option on the broad index. This served to limit the recent declines while providing support for Chinese equities in general. To dig deeper into Chinese equities, take a look at our Top 24 Chinese Equities ETFs.

Price action on Tuesday, July 7th though shook confidence in the near term. Many Chinese stocks now are ‘halted’ for trading in order to stabilize the market. Government-owned enterprises are forbidden from selling shares they hold and insurance companies have been encouraged to buy.

Those who believe in, “Don’t fight the Fed” here in America, can consider that government’s promise to purchase as Shanghai’s equivalent of accommodative fiscal policy. China’s intent, aggressively implemented in November 2014, is focused on fighting dis-inflation while expanding the money supply. Both objectives suggest further asset price inflation lies ahead.

That translated into a great macro-environment for Chinese stocks. The immediate reaction was a stock market that surged dramatically. While the mood has soured temporarily the fiscal environment is still intact.

Extreme volatility makes for big risk as well as large potential rewards. Playing with these EFT should be considered high-risk speculations rather than ‘investment grade’ long-term plays.

Jeremy Schwartz, WisdomTree’s Director of Research, believes that CXSE will provide access to China’s private sector while eliminating the drag from SOEs, which often are held back by trying to serve two masters (political goals versus strictly business needs).

The fund features a very low net expense ratio of 0.53% right now. That reflects a contractual waiver of 0.10% through July 31, 2016. This compares very favorably with most emerging market funds, which often need to overcome 1.0% – 1.5% in annual frictional costs.

Venturesome traders can now get into CXSE, which trades as an exchanged traded fund, or ETF, on the NASDAQ, at pretty close to its one-year nadir. Note that the sell-off from September through December, 2014, was followed quickly by a 32% rise. The greater than 28% pullback since late May might provide a similar trading opportunity.

ETFs like this one offer continuous trading throughout the day. That can be a huge advantage as traders are not locked in to blind commitments based on end-of-the-day NAVs as would be normal with open-ended mutual funds.

Those who wish to initiate or maintain exposure to the broader, non-state-owned, side of the less developed world can still own WisdomTree’s Emerging Market Non-State-Owned ETF (XSOE A). It is somewhat thinly traded on the ARCX exchange.

XSOE’s movements paralleled the Chinese-only ETF but in a bit more subdued manner. The December to May rise totaled 16.9% while the subsequent sell-off through July 7, 2015, had been (-14.7%).

Investors have been demanding more and better ways to access emerging markets as an asset class. WisdomTree’s offerings seek to meet that demand by providing vehicles which allow for easy entry and exit. The CXSE ETF was designed to offer greater exposure to China’s technology and consumer-oriented companies while excluding, for the most part, large banks from the mix.

As always, investors and traders should carefully consider their objectives and risk tolerance before purchasing or shorting these very specialized and less-than-fully-diversified ETFs. High volatility and currency translations add a degree of risk and reward that are not generally present in U.S. equity funds or ETFs. Additionally, should China’s financial landscape worsen, this fund’s long-term prospects may continue to face headwinds.

That said, the current low price tags on both CXSE and XSOE might lead to chances at excellent profits for nimble and risk-tolerant traders.

Disclosure: The author held no positions in any of the stocks mentioned at the time of publication