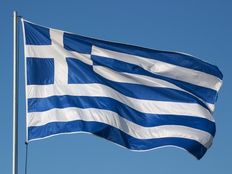 And just like that, barely one month after the bailout was agreed upon, the “Greek debt drama” has fallen out of the headlines almost as if investors weren’t at all rattled by it.

The obsession, and subsequent rapid decline, in interest among investors with regards to developments in Greece is a perfect example of two fundamental tenets of the investing game:

Every crisis is different, so don’t try to formulate a “cookie-cutter” trading approach; instead, remember that while history doesn’t necessarily repeat itself word for word, it sure does rhyme.

Let’s examine the two tenets highlighted above through the lens of the most recent Greek debt drama. More specifically, we’re going to look at how single-country European equity ETFs have performed since policymakers officially agreed on the bailout terms on July 13, 2015.

The returns comparison below spans just over one month from Friday, July 10, before a deal was reached that weekend, through Tuesday, August 18. For consistency’s sake, we’re only highlighting 10 of the biggest single-country European equity ETFs.

There’s two key takeaways here, so let’s dive in. First and foremost, it’s hard to ignore the fact that the Greece ETF (GREK B-) is down double-digits after the bailout was agreed upon. GREK’s performance is a perfect example of investors getting ahead of themselves. What we mean here is that GREK rallied in anticipation of a debt deal being passed, so when the actual bailout came to fruition, investors’ euphoria had already waned as most buyers had become exhausted.

Going back to our two tenets, we see that investors’ short-term memory is showcased by the profit-taking pressures that followed an otherwise encouraging development (the bailout). In other words, investors were ready to take profits after a short-lived rally in GREK, regardless of the fact that Greece’s fundamental outlook was strengthened by the bailout.

The second key takeaway is the fact that virtually all European equity ETFs from this group, with the exception of Italy (EWI B+), have sunk to lower levels since the Greek bailout was passed. In other words, European equity ETFs are now cheaper than they were before the Greek debt crisis was quelled. You might be scratching your head at this; the problem here is that despite what finance textbooks may have you believing, market participants are hardly rational beings.

Going back to our two tenets one last time, we see how wide coverage of the Greek crisis led many to panic-sell, while the subsequent bailout was quickly forgotten, thereby illustrating investors’ short-term memory.

The ultimate takeaway here is that bullish price action leading up to the bailout negotiations set the stage for profit-taking. This is because investors overestimated the negative impact of Greece’s debt woes, and then proceeded to overestimate the positive impact of the bailout. Simply put, investors exaggerated the potential consequences of the Greek bailout, and then quickly forgot about its positive implications shortly after it was signed.

3 Years After Their Launch, 5 Avantis Funds Have More Than $1 Billion in Assets

An Interesting Way to Nibble at Chinese Stocks

Counter Effects of Rate Hikes By Going Long in Duration

An ETF to Consider as Wall Street Bets on More Volatility

Neuberger Berman Gets Into ETFs With Megatrend Funds