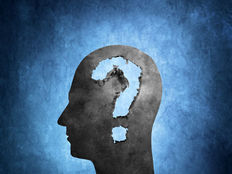 How Diversified Are Small-Cap ETFs?

Many ETF investors don’t think twice when buying large and heavily traded funds like the iShares Russell 2000 Index ETF (IWM B+) or the iShares S&P Small-Cap 600 Index ETF (IJR A-). With billions of dollars in assets and hundreds of thousands of component equities, it’s easy to assume that liquidity and diversification risks have been mitigated – but this assumption may not be entirely true.

According to the prospectuses of these funds, the underlying indexes are float-adjusted capitalization-weighted indexes of equities fitting the definition of a small-cap. The Russell 2000 defines small-caps as the 2,000 smallest issuers in the Russell 3000 index, which represents approximately 10% of the total market capitalization of the parent index. The S&P Small-Cap 600 identifies equities with market caps of between $400 million and $1.8 billion.

The problem with building indexes based on market capitalization is that there’s no guarantee of diversification in terms of industry. For instance, the dot-com bubble produced an oversized number of small technology start-ups that went public, which may have resulted in overweight exposure to the technology industry. Investors in these ETFs assuming that they were diversified could have lost significant sums of money relative to the S&P 500 index.

Financial stocks have historically been a large portion of small-cap indexes due to the high number of profitable regional banks. Industrials have also been another largely profitable bellwether. But lately, riskier biotech stocks have been accounting for larger portions of small-cap portfolios, following a flood of IPOs in recent years. Most of these small biotech companies have promising drugs, but no revenue, which creates a bigger risk than many other types of businesses.

According to Bank of America Merrill Lynch, biotech stocks were responsible for 1.9 percentage points, or 41%, of the Russell 2000’s 4.8% return during the first half of 2015, making it the most influential sector of the index this year.

Investors in small-cap ETFs should also be concerned with the Federal Reserve’s potential move to increase interest rates in September. With about a quarter of both funds holding financials, performance could suffer as smaller financial services firms struggle with increases in short-term interest rates. Banks could benefit, however, given the wider interest rate margin that they can use to improve their profitability, if they have adjustable-rate portfolios.

The rapid growth of the biotech and information technology industries over the past several years has certainly helped small-caps outperform the overall market, but the high exposures represent a risk that investors may want to watch over the coming quarters, particularly as the market appears top-heavy and interest rates may be poised to move higher.

ETF investors should never assume that funds are fully diversified, even if they are highly liquid and have a large number of component equities. Over the past few years, the growing prevalence of biotech stocks in small-cap funds highlights these potential risks. Investors should carefully analyze these exposure levels in the context of the economic environment to determine the potential risks and rewards to their long-term portfolio.