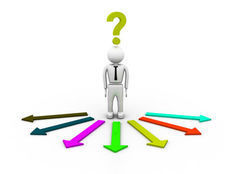 What Will Drive the Market Rebound This Time?

After a nasty tug lower for major indexes, investors are finally breathing a sigh of relief; but have we really seen the necessary catalysts to make this rebound hold?

While the sheer magnitude and short duration of the most recent market pullback may have you thinking “We’ve seen the worst,” historical qualitative analysis might suggest otherwise until we get further guidance from a key price driver.

Spoiler alert: the key driver behind the market’s run since the 2009 bottom has been the Fed.

This isn’t the first time you’ve read the above conclusion, nor will it be the last for that matter, but I hope the analysis below sheds a more unbiased light amid these unclear times on Wall Street.

One way to go about answering the above question – have we seen the necessary catalysts to make this rebound hold? – is to look at what types of events have coincided with important turning points for the broad market in the past. It’s difficult, if not altogether impossible, to isolate a single event that can be labeled a “turning point catalyst”; with that being said, it is possible to identify similarities across the kinds of events that have historically occurred around meaningful reversal points for the market.

The analysis below summarizes the events that occurred at, or near, the turning points (marked in pink ellipses) for every major broad market pullback in every year since 2009; note this is a daily chart of the SPDR S&P 500 ETF (SPY A).

Currently, investors are pricing in a rate hike for later this month, though many aren’t convinced it’s going to happen given the sluggish global economy which could leave room for surprise on the Fed’s part in terms of a shift in policy. Adding to the uncertainty, ECB officials recently hinted again at expanding stimulus given the persistently anemic growth conditions overseas; add in aggressive stimulus measures on the part of Chinese policymakers and you see how difficult the Fed’s position would be should it begin to tighten when everyone else is still very much easing. Then again, we’ve been living in the era of “free money” for over half a decade now, so perhaps the Fed won’t cave and will in fact stick with its tightening plan.

The Fed has been the reason behind key market reversal throughout the entire duration of this bull run and it is likely to remain that way. This means that it will take a Fed-related catalyst to trigger a real rebound; for example, a (temporary) resolution in China isn’t likely to offer the fundamental push necessary to keep this aging bull running.

Simply put, the next turning point in the market is likely to come only after a Fed-related catalyst takes place, just as all previous reversals have shaped out since 2009.