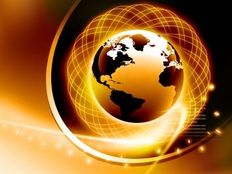 Whether it was the sole root of the recent wave of volatility seen across global equity markets or not, China’s fragile financial footing has undoubtedly cast a large cloud of uncertainty on the markets.

The continued need for intervention in financial markets on the part of Chinese policymakers demonstrates that the nation is in dire need of more beneficial reforms. Perhaps more importantly, this highlights the “longevity” of China’s challenges, which suggests that China may not exactly rebound as many might expect it to, even in light of the steep selling already seen. Most recently, the regional Asia Development Bank cut its growth forecast for China, further adding to the list of headwinds plaguing the world’s second-largest economy.

For investors looking to diversify their assets outside of U.S. borders, the problem in China is one that cannot be ignored. When it comes to emerging markets especially, the prolonged slowdown in China is likely to drag down the recoveries of countless other feeder-economies such as Brazil and Australia.

This makes the current environment challenging for one simple reason: despite there being a plethora of opportunities after the recent sell-offs around the globe, investing overseas without being overly exposed to China is no easy feat. As such, below we’ll discuss two emerging-market plays that are not so dependent on China.

Our neighbor to the south is an excellent example of a well-insulated emerging market with regards to its exposure to the Chinese economy. From this perspective, the key point about Mexico to consider is that its biggest trading partner by far, in both imports and exports, is the United States. Mexican equities have endured a steady decline since peaking in 2013, so this emerging market is by no means out of the woods yet; however, it is worth highlighting the fact that any resurgence in U.S. economic growth is likely to serve as a tailwind for the Mexican economy, while continued weakness in China should have a muted impact.

Investors have several Mexico ETFs from which to choose, including some currency-hedged options.

Poland is a shining star in an otherwise grim currency bloc. This nation weathered the 2008 financial crisis like a champ and was the only member of the European Union to see its economy expand. Poland remains on stable footing today, and its economy is expected to grow upwards of 2% next year which is quite solid when you consider it’s not leveraged to China. Renewed talks of the ECB ramping up stimulus measures even more in light of anemic inflation in the region should serve as a tailwind for Poland going forward.

Compared to Mexico, investors have far fewer options; there are only two Poland ETFs available at the moment.

The global equity market sell-off over the past two months has opened up plenty of opportunities. Though investors should be cautious of how exposed their foreign equity investments, and especially emerging markets, are to China. For those looking to diversify abroad while avoiding exposure to China, the ETFs that offer access to Mexico and Poland might warrant a closer look under the hood.