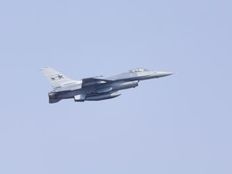 Are There Opportunities In The Defense & Aerospace Industry?

Defense budgets have largely remained intact or have endured only modest cuts in many cases. The United States defense budget stood at $585 billion in 2015. On the commercial side, business conditions remain very strong. As a result, these three ETFs could continue to outperform the market.

The ITA and PPA funds mimic each other, and both ETFs have invested heavily in large-cap defense companies, while the XAR fund counts smaller companies among its top holdings. Among the individual companies, Boeing, United Technologies and Honeywell are more oriented towards the commercial market, while Lockheed Martin and General Dynamics (GD) are highly reliant on governments. For example, Boeing and United Technologies derive two-thirds and 45% of their annual revenue, respectively, from commercial markets. Meanwhile, Lockheed Martin and General Dynamics generate 79% and 75% of their respective revenue from defense budgets and government defense spending.

Opportunities in the Commercial Market

By contrast, the Sikorsky sale will allow United Technologies to reduce its exposure to defense in order to focus more on its core commercial business. This is a wise management strategy to employ, since commercial aerospace markets are growing. For example, aerospace growth has picked up due to increased demand for travel in the Middle East and Asia-Pacific regions. For Boeing, there is high potential for growth because the commercial airline order backlog for planes is at a historic high.

Deliveries of commercial aircrafts rose 3% last year, representing the fourth consecutive record year. Aircraft demand has enjoyed a prolonged boom, with few signs of reversing. The major plane manufacturers have collectively received a record $1.8 trillion of orders over the next decade.

Why Outperformance of Defense & Aerospace ETFs May Continue

The three major aerospace and defense ETFs mentioned here (ITA, PPA, XAR) have outperformed the market over the past year, and that outperformance trend may continue. Based on solid underlying demand and firm economic conditions in their core markets, particularly at the commercial level, the major aerospace and defense companies should continue to grow revenue and earnings at high rates. That would naturally flow through to the ETFs. As a result, investors interested in gaining a broad exposure to these industries may want to research ITA, PPA or XAR.

Image courtesy of Photokanok at FreeDigitalPhotos.net