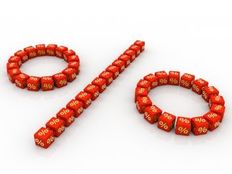 In 2015, junk bonds underperformed in the overall market by a wide margin, with the five largest junk bond ETFs falling approximately 5% compared to S&P 500’s modest 0.5% decline (Figure 1). With a potential interest-rate hike and rising defaults from the energy sector, investors moved capital into high-yield municipal bonds or lower-yield securities through most of 2015 to mitigate these risks and ultimately improve risk-adjusted returns.

These trends abruptly reversed in October 2015 when the once-shunned ETFs recorded more than $4 billion in capital inflows, including one-half billion dollars added in a single day. Driven by doubts that the Federal Reserve will raise interest rates, investors added $2.2 billion into the SPDR Barclays High Yield Bond ETF (JNK A-), with its juicy 6.1% yield. The iShares iBoxx High Yield Corporate Bond ETF (HYG B+) also took in $1.5 billion, with its 5.5% yield.

The big question on the minds of investors is whether the October rally represented a reversal of the sector’s long-term trend lower. To gain a more complete picture, investors should take a hard look at the two largest sources of risk with junk bonds: interest rates and defaults.

The Federal Reserve has indicated its intent to raise interest rates as soon as the economy shows signs of durable improvement. In September, at a University of Massachusetts-Amherst speaking event, Federal Reserve Chairwoman Janet Yellen argued the case for raising short-term interest rates in 2015. She stated that the slack in the economy has diminished to the point where inflation pressures should start to gradually build.

Despite its rhetoric, the central bank twice held off raising interest rates, to encourage inflation and ensure the global economy is on strong-enough footing. The president of the Minneapolis Federal Reserve branch has suggested the central bank should consider pushing rates below zero to help further improve the employment picture and to drive inflation back to the 2% target that has been missed for the past six years.

The Federal Reserve’s actions remain uncertain over the coming quarters, but there are a growing number of indications that rates may remain depressed. Many board members have joined the dovish camp, even though negative rates remain in the minority, while three-month bills carried no yield twice in recent months. Coupled with a move into high-yield junk bonds, it appears investors are growing increasingly skeptical of a rate hike.

The default rate for junk bonds may seem much lower than the name implies – averaging just 4.9% since 1983 – but troubled commodity markets and the prospects of higher interest rates could increase the number of defaults over the coming quarters.

Junk bond defaults have been on the rise as depressed energy prices have take a toll on smaller oil and gas exploration and production companies. With sizable exposure to the energy sector, many high-yield junk bond ETFs may see some turbulence ahead if energy prices remain depressed. The troubled times have led to significantly higher yields – making them attractive to investors – but those yields may come at a price.

High-yield junk bond ETFs had a rough start in 2015, but since October, investors have been flocking into them in record numbers. While the Federal Reserve may be holding off on hiking interest rates, investors should be aware of the risks of rising defaults from the energy sector and a potential long-term rate hike in the future. The recent resurgence appears to be a short-term movement largely driven by interest-rate speculation.