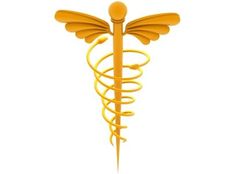 Earnings Outshine in the Healthcare Industry

Once again, it’s earnings season for corporate America. The healthcare sector takes its turn this week, with several high-profile companies set to report earnings. Overall, the sector has performed well this year, although it’s been under heat in the last few months as the broader equity markets sputter along due to fears of rising interest rates and slowing economic growth in the emerging markets.

In addition, some healthcare companies have received unwelcome attention from large investor groups, and even regulators as well. This has caused a wave of negative sentiment, casting a shadow over the industry. But, the good news is that, so far, corporate earnings are surpassing expectations in the sector. This could be a sign that the dark clouds hanging over Big Pharma’s head may soon pass.

Here are some healthcare ETFs for investors to play a recovery in Big Pharma.

Certain healthcare companies have come under intense scrutiny in recent weeks from hedge fund managers. For example, the financial media recently reported that Valeant Pharmaceuticals (VRX) was accused of “channel-stuffing” by short-selling investment firm Citron Research. Channel-stuffing is a practice in which a company will artificially inflate their revenue by sending retailers in its distribution network more inventory than they can sell. Valeant has aggressively defended its business model and its accounting practices, and took the additional step of asking the U.S. Securities and Exchange Commission to investigate Citron’s reporting.

This story goes to show how much of an impact can be made by raising questions over a company’s accounting. After the news, Valeant’s stock price lost one third of its value in just five trading days.

Fortunately for the healthcare sector, there was some good news this week in the form of positive corporate earnings. A number of Big Pharma companies are reporting earnings, including Pfizer (PFE), Bristol-Myers Squibb (BMY), and Merck (MRK). Pfizer’s adjusted earnings per share reached 60 cents today, which beat analyst expectations of 51 cents per share. And Pfizer raised its forecast for the remainder of the year. Thanks to strong contributions from recently acquired Hospira, Pfizer expects 2015 adjusted earnings of $2.16 per share to $2.20 per share, up from a forecast it had updated last month to $2.04 per share to $2.10 per share. Analysts expect, on average, $2.09 per share.

Separately, Bristol-Myers Squibb reported 39 cents per share of adjusted earnings, which beat analyst expectations of 35 cents per share. Revenue also came in above forecasts. This was due to the company’s strong pipeline. Sales of its Daklinza and Sunvepra grew by $353 million, and Opdivo revenue grew by $304 million.

Lastly, Merck beat analyst expectations for quarterly profit thanks to cost cuts and strong sales of its diabetes and cancer drugs. Merck has reduced annual spending by $2.5 billion since 2012, which helped the company earn 96 cents per share last quarter. That beat analyst projections of 91 cents per share. Its diabetes drugs Januvia and Janumet collectively grew sales by 10% last quarter.

Visit our Stock Exposure Tool to see which ETFs have the most exposure to these stocks.

How to Play Healthcare Earnings

Investors interested in buying exchange-traded funds to gain exposure to the healthcare sector more broadly have several options. There are a number of ETFs in the healthcare space, including the Health Care Select Sector SPDR ETF (XLV A) and the Vanguard Health Care ETF (VHT A+). The XLV and VHT funds are up about 3% each year-to-date. This has slightly outperformed the broader S&P 500 Index return in that time. Furthermore, the healthcare industry has outperformed the broader S&P 500 up until August of this year. It’s only recently that the industry has been under pressure.

Increasing investor and regulatory scrutiny of the healthcare industry has weighed on the sector these last few months. Negative sentiment has dragged down the major healthcare ETFs, but going forward better returns may be on the horizon. A number of Big Pharma companies like Pfizer, Bristol-Myers Squibb, and Merck are beating earnings estimates this year. Strong revenue and earnings growth from new drugs could fuel better performance for the healthcare ETFs up ahead.

Image courtesy of sscreations at FreeDigitalPhotos.net