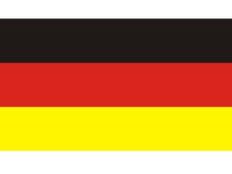 Most investors buy exchange-traded funds (ETFs) because they perform well on a fundamental level. However, German ETFs have been a surprising exception over the past few months. While the DAX Benchmark Index rose 12.32% between October 1 and November 1, the country’s major ETFs experienced four times the capital outflow of any other country after investor confidence was shaken by the Volkswagen scandal in September.

The iShares MSCI Germany ETF (EWG B+) experienced $355 million in outflows from investors between October 1 and November 1, with the greatest selling pressure seen at the beginning of the month. At the same time, the iShares Currency Hedged MSCI Germany ETF (HEWG B) reported about $191 million in outflows over the same time frame, which suggests that the selling pressure isn’t purely due to concerns about the euro.

Volkswagen AG (VLKAY) is trading about 30% lower since the U.S. Environmental Protection Agency (EPA) discovered improperly installed software in its cars in mid-September. In violation of the Clean Air Act, the engine control unit software was improperly shut off to attain greater fuel economy under normal driving conditions. Regulators estimated that these changes may have led to 40 times more pollution than is allowed by law.

In terms of financial impact, Volkswagen was forced to recall about 482,000 cars and could impact about 11 million cars sold worldwide. While the company has set aside $7.3 billion to repair those vehicles so far, the company could face fines of up to $18 billion in the U.S. alone along with potential criminal charges. Investors also don’t have a handle on how wide the problem may spread, with gasoline vehicles added to the mix in early November.

The iShares MSCI Germany ETF holds only about 2% of its portfolio in Volkswagen, although the automotive sector accounts for about 15% of the overall portfolio. With the scandal contained to Volkswagen at the moment, some experts believe that the market may be leaving money on the table by overreacting to the news and selling a solid-performing country ETF. Of course, there’s still a lot of uncertainty about how the scandal will impact the industry.

Germany’s market apart from the automotive industry has been a relatively strong performer over the past year. Since the beginning of the year, the DAX Index rose about 11.07% compared to the S&P 500’s modest 1.97% gains and a negative return for Britain’s FTSE 100. The country continues to benefit from the European Central Bank’s monetary easing policies as a leading exporter in the region.

EWG trades with a price-earnings ratio of 16.43x and a price-book ratio of 1.87x, which is lower than the SPDR S&P 500 ETF’s (SPY A) 17.48x price-earnings ratio and 2.76x price-book ratio. By comparison, Germany’s market appears to be a lot cheaper than the U.S. market when looking at valuation multiples, and especially when looking at these multiples in the context of the underlying growth rates.

Investors may want to give German ETFs a second chance given their robust performance and compelling valuation relative to U.S. equities and ETFs.

German ETFs have seen massive capital outflow over the past month or two driven by investor concerns about the Volkswagen scandal. While these concerns may be legitimate to some extent, the underlying strength in Germany equities suggests that investors may be leaving some money on the table, especially since Volkswagen accounts for just 2% of German ETFs and the scandal hasn’t spread to the rest of the automotive industry.