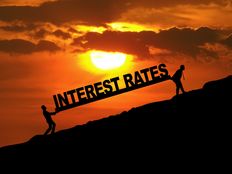 The collapse in crude oil prices might be distracting investors for now, but rate hike fears are sure to intensify once more as we draw closer to the upcoming Fed decision day on December 16th.

According to the CME Group, the market is currently pricing in around an 83% chance of a rate hike announcement at the FOMC meeting later this month. If history has taught us anything, it’s that one-sided expectations in the market are generally followed by disappointment and rampant volatility.

Is the Market Ready for a Rate Hike?

Before we discuss how the market could react to a possible rate hike – or no rate hike – announcement next week, let’s examine the last three FOMC meetings and last three employment data releases:

Now for a visual representation of the evolution of the markets’ reaction; most notably, there appears to be three distinct periods:

The mere mention of “rate hike” sent markets tumbling lower following the July FOMC meeting. Profit-taking pressures intensified all over the globe and asset classes across the board suffered from a wave of “risk-off” sentiment that ultimately led to the August 24th lows.

A “no hike” announcement from the Fed, coupled with a worse-than-expected jobs report, were enough to lure investors back into the market. This interpretation of “bad news is good news” is of course relative, seeing that it came about after one of the sharpest corrections in recent history.

After all is said and done, we are now in the digestion phase, where markets are growing more comfortable, and even embracing, the idea of rising interest rates. This “digestion” period is evidenced by the market holding near all-time highs in the face of developments, pointing toward a December rate hike.

Given the short-term minded nature of the market (you can thank investor biases for that), we need to accordingly place a greater emphasis on the market’s reaction following the most recent FOMC meeting (10/28) and employment data (12/4) over all of the other events highlighted above.

As such, the very bullish reactions following the last Fed decision and jobs numbers release suggest investors might actually be coming to terms with the fact that rising rates are synonymous with improving economic growth, which is a good thing for the market.

Given the sheer percentage of market participants that expect a rate hike, matched with recent strength following fundamental developments that hint to rising rates, it’s more likely than not that the market will react negatively if the Fed does not announce a rate hike in some capacity.

We’ve discussed numerous times that rising rates don’t spell doom for bond and equity investors alike. Here’s a recap on some of the ways investors can take advantage of a rising rate environment:

From a shorter-term perspective, the latest ETF trade recommendations are centered on the upcoming FOMC meeting. These two picks for December have moved favorably thus far:

For more ideas, be sure to visit ETFdb’s Rising Interest Rates Center

The very high probability of a rate hike has undoubtedly set the stage, and now the Fed must deliver on these expectations. The direction and magnitude of the market’s trajectory following the upcoming FOMC meeting is of course all relative to where the market stands prior to December 16th; if the market remains near highs, then a delivery of the promised rate hike will likely result in a much smaller boost than if the market went lower than it is today, leading up to the Fed announcement.

This Aerospace ETF Can Fly Higher in February

Hart ETF Given a Beat by Rising Pharma Prices

Ease Your Mind Amid Tech Layoffs With RYT

Understanding the Inflation Tailwind for Midstream/MLPs