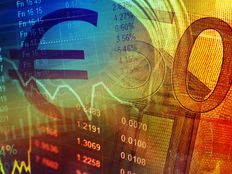 What the ECB’s Comments Mean for European ETFs

The European Central Bank (ECB) announced that interest rates would remain unchanged due to the success of its stimulus program, but noted that weaker-than-expected inflation would mean that additional measures are still on the table for its March meeting.

The benchmark rate will remain steady at 0.05%, while the rate on deposits held at the central bank will remain at negative 0.3% – a penalty for banks hoarding cash rather than lending it out. In addition, the central bank will continue its €60 billion per month bond-buying program through at least March of 2017 in an effort to stimulate inflation in the economy. Inflation in the region remains near zero, which is below the target ~2% inflation rate.

“There are no limits to how far we are willing to deploy our instruments,” said ECB President Mario Draghi in a statement at a news conference.

European equities reacted to the news by moving higher throughout the day as the euro drifted lower against the dollar, despite the decision to forgo any immediate action.

The largest eurozone equity ETFs rose following the ECB’s press conference. The iShares MSCI Germany ETF (EWG B) rose about 0.3% and the iShares MSCI France ETF (EWQ B) rose about 0.4% by 10 am EST on Thursday. Broader European equity ETFs, like the WisdomTree European Hedged Equity Fund (HEDJ B) or the Vanguard FTSE Europe ETF (VGK A), rose 1.4% and 0.3%, respectively, over the same time frame.

The most popular euro currency ETFs were also active following the news. The ProShares UltraShort Euro ETF (EUO A) rose nearly 1.5% following the news, while the Guggenheim CurrencyShares Euro Trust (FXE A) fell about 0.7% by midday.

The positive reaction comes in stark contrast to December’s meeting, during which the central bank introduced measures that were seen as too timid. At the time, the markets sold off European equities amid expectations that the ECB would be far more aggressive.

Where European ETFs Are Headed

The European markets are poised to benefit from a lower euro that could boost exports, but anxiety remains over oil prices, slowing growth in China, and the U.S. Federal Reserve’s interest rate policies. While oil prices alone aren’t necessarily a concern, since they could stimulate the economy by reducing costs, they become a problem when they feed into a larger downward deflationary spiral that has many policymakers worried.

The STOXX Europe 600 is trading at 15.7x its estimated earnings compared to 15.6x for the U.S. S&P 500, while analysts polled by Thomson Reuters projected that STOXX 600 earnings will grow by 11.5% in 2016 compared to just 7.9% for the S&P 500. With the ECB’s supportive monetary policy, European ETFs may be a better bet for investors than U.S. ETFs. Goldman Sachs believes that European stocks could rally as much as 18% over the next 12 months.

Investors may want to consider currency-hedged European ETFs for the most optimal exposure to the region. Since they factor out the euro’s depreciation, the returns may be higher in absolute terms for investors converting European profits back into strengthening dollars. The most popular options are the WisdomTree European Hedged Equity Fund (HEDJ B), the MSCI Europe Hedged Equity Fund (DBEU A), and the Currency Hedged MSCI EMU ETF (HEZU B).

The ECB announced that interest rates would remain unchanged, but indicated that it was willing to consider future action in its March meeting. For investors, the hint of future monetary policy actions was enough to send European equity ETFs higher and euro currency ETFs lower. The long-term picture remains bullish for European equities with their low relative valuation and greater growth potential throughout 2016.