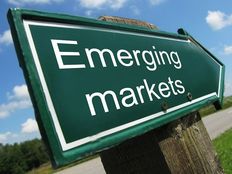 Collapsing commodity prices and a higher U.S. dollar have taken a toll on many emerging markets around the world. Since many of these nations rely on commodity exports to fuel gross domestic product (GDP) growth, downward pressure on commodity prices has led to pressure on earnings for many equities in those countries. The higher U.S. dollar has also made it more expensive for these companies and countries to pay off dollar-denominated debt.

There are nearly a hundred different emerging-market equity exchange-traded funds (ETFs) from which investors may choose; here’s the complete list.

Some of these ETFs managed to post gains for the year by focusing on specific emerging-markets like Malaysia. But the largest ETFs in the category are focused on a broad array of emerging markets and were among the worst-performing equity assets in the world over the past year.

The majority of these ETFs experienced significant capital outflows over the course of the year, which isn’t surprising given their poor performance. The iShares Core MSCI Emerging Markets ETF (IEMG A) was a notable exception, but the capital flows may have simply transferred over from the higher-cost and worse-performing iShares MSCI Emerging Markets ETF (EEM A-) rather than coming from fresh investor capital.

Catalysts for a Turnaround

The primary catalyst behind a turnaround for emerging markets may be the stabilization of commodity prices. While the correlation between emerging markets and commodities lies at about 0.5 right now (correlation data from Portfolio Visualizer), the uneven collapse in crude oil prices relative to other hard commodities may be largely to blame. Historically, these correlations have hovered around 0.8, suggesting that movements in commodities play a large role in emerging-market equities.

A turnaround in commodity prices is largely dependent on a turnaround in China’s economy since it’s the largest consumer of commodities in the world. In turn, China’s economy depends largely on the health of the global economy as the largest exporter. Emerging markets are in many ways an amplified version of the global economy. If global markets turn around, emerging markets could see a sharper move higher than domestic equities.

The big question for investors is whether or not emerging-market equities are oversold at their current levels. While price-earnings ratios provide some idea of valuation, they may not factor in future earnings – at least beyond a year in the case of forward P/E ratios. Many experts believe that these future earnings could suffer in a world without easy money and high commodity prices, which fueled the rise in emerging markets in the first place.

According to Multpl, the S&P 500 trades with a P/E ratio of about 20.1x, which serves as a benchmark of sorts for any comparison. According to Vanguard, the Vanguard Emerging Markets ETF (VWO A+) – the largest ETF in the space – has a P/E ratio of 15.7x for the ETF and 16.4x for the underlying index. These valuations are lower on the surface right now, but lower future earnings could lift them higher over the coming years.

Emerging markets are trading at a lower valuation than developed markets, such as the United States, but uncertainty about a rebound in commodities makes it difficult to justify re-entering the market right now. In many ways, emerging-market performance represents an amplification of the global economy, which could make it a great bet during a turnaround, but a poor bet during a prolonged downturn. For now, the low P/E ratios may be justified.