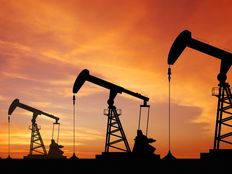 Where Are Crude Oil ETFs Headed?

With a renewed sense of optimism over resilient demand and the possibility of global supply cuts, energy investors are busily covering their short positions in oil. In fact, according to the U.S. Commodity Futures Trading Commission, hedge funds covered short positions at the fastest pace in 10 months. In all, traders reduced short positions in West Texas Intermediate crude by 15% during the week ended March 1.

Below, ETF Database discusses the recent short-covering rally in the price of oil, why the rally may continue, and three ETFs that will benefit from a continuation of the trend.

Why Oil Is Rallying

There have been some positive developments in the oil industry that have prompted the massive short-covering in oil. On February 17, news broke that Iran could support an agreement between OPEC and non-OPEC oil-producing nations to stabilize oil prices. Reports indicated talks had begun between parties regarding a possible agreement to freeze production at January levels.

This has compelled shorts to cover, as further action may be taken. OPEC is set to meet with non-OPEC producers at the end of March, and now many investors and analysts believe it may announce a cut in production, which would be a further step toward stabilizing the supply imbalance that has caused the huge declines in the price of oil. Production is set to fall in the United States as rig counts are down significantly, and many energy firms are cutting capital expenditures. The March 4 Baker-Hughes rig count showed that U.S. rigs are down by 703, or 59%, over the past one year.

3 ETFs That Will Rally With Oil

The rally in WTI and Brent crude prices has lifted energy-related equities. By extension, ETFs that focus on oil and energy-sector stocks are benefiting from this uptrend. If the rally can continue, ETFs including the United States Oil Fund (USO B), the PowerShares Oil ETF (DBO A) and the Energy Select Sector SPDR ETF (XLE A) should keep on rallying alongside the price of oil. The first two, the United States Oil Fund and the PowerShares fund, reflect the performance, net of expenses, of the spot price of WTI light, sweet crude oil. The funds invest in futures contracts for crude oil to mimic returns.

If investors feel that the rally in the price of oil is sustainable, and that higher levels are warranted due to OPEC’s actions, these three funds should be viewed favorably.

The multitude of data points suggest higher levels of oil are likely, although there is still resistance to production cuts. For example, Iran still intends to bring as many as 500,000 barrels per day to market and does not seem willing to agree to a production freeze, given it was only recently allowed to bring its oil to market after having Western economic sanctions lifted. That being said, Saudi Arabia continues to carry the highest level of influence within OPEC. It, and the U.S., are prepared to freeze, and perhaps cut, production. That implies the recent short-covering rally is different from the previous short-covering rally in the second quarter of 2015 that did not last.