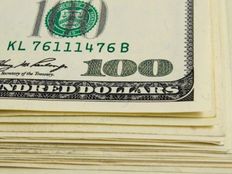 The dollar’s value has a tremendous impact on the economy. Domestic companies that earn profits overseas must convert those profits back into U.S. dollars, which can result in losses for investors analyzing revenue and profits in dollar terms. Companies selling products overseas may also see slow sales since their dollar-priced products are more expensive than products denominated in foreign currencies like the euro or yen.

A higher dollar valuation typically comes from rising interest rates and the flattening of the yield curve that has even more effects on the broader economy. In particular, the banking sector is highly susceptible to changes in interest rates since it impacts their net interest margins (profitability) and the valuation of their assets (book value). Investors should know these effects in order to position their portfolios to avoid risk and maximize returns.

Below, ETF Database takes a look at how the dollar’s valuation and interest rates impact the banking sector – both in theory and in practice.

The Effect on Banks

A rising dollar, higher interest rates, and a flattening yield curve have significant impacts on banks, including both negative and positive factors.

Banks generate income from the spread between the interest rate they receive on loans and the rate that they pay on deposits. Since bank loans have longer maturities than deposits, this spread tends to fall when the yield curve flattens. Banks immediately pay higher yields to depositors when interest rates rise, while they’re stuck with lower yields from loans issued during period of low interest rates. This hurts profitability until loans begin to turn over.

The good news is that higher interest rates are generally an indication of an improving economy, which bodes well for a bank’s prospects over the medium to long term. Borrowers are less likely to default due to an improving economy, more credit is available to stimulate new loan volume, and bank assets have more liquidity in secondary markets. These dynamics can help offset some of the negative effects from lower asset valuations and a reduced net interest margin due to the flattening of the yield curve.

The effects of a rising dollar, higher interest rates, and a flattening yield curve may seem obvious on paper, but there’s some evidence of a “new normal”.

The U.S. response to the 2008 financial crisis was to lower interest rates in an effort to stimulate demand for loans. In theory, low interest rates would encourage consumers and businesses to borrow money, inject liquidity into financial assets, and stimulate the economy. Interest rates have reached nearly zero in subsequent years, which has changed the game in many ways by resetting consumer expectations and changing the way assets are valued.

Near-zero interest rates have created a floor for deposit rates since banks cannot charge consumers to store their money. Banks may be able to increase the interest rate charged for loans and maintain consumer deposit interest rates at near zero, which could improve their net interest margins from record lows in 2014 and 2015. Many banks believe that they will at least be able to raise interest rates on loans faster than they will be forced to pay to depositors.

Banks may also see a limited effect on their assets from an accounting standpoint. This is because banks can opt to value their assets at their “historical cost”, assuming that they plan to hold the security until maturity. The lack of write-offs means that banks may not be forced to report a loss and shake investor confidence. It’s worth noting that regulators are still concerned over these valuations, however, when designing stress testing protocols.

A rising dollar value tends to come along with higher interest rates and a flattening yield curve. In general, these dynamics tend to negatively impact the banking sector through a narrowed net interest margin (if short-term rates rise faster than long-term rates) and lower asset valuations. The story tends to get a little less clear, however, when considering the potential for economic improvement, the stickiness of interest rates, and certain accounting practices that can obscure a bank’s true risks.