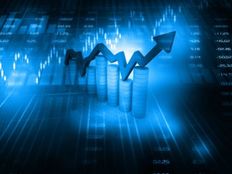 Sector ETFs That Will Outperform in 2016

The stock market has proven to be rather unpredictable throughout the first quarter of 2016. After falling more than 9% between January and mid-February, the S&P 500 rebounded sharply, regaining all the ground it lost and then some by early April. The recovery has been very uneven, however, when looking at the various sectors of the economy, with utilities dramatically outperforming financials and health care.

Below, ETF Database takes a look at a few of the trends affecting these key sectors and where they may be headed throughout the rest of the year.

The Federal Reserve’s dovish remarks in late March sent bond prices near their all-time highs and yields back to around 2.5% as of early April. On March 16, the central bank reduced its number of planned rate hikes from four to two for the year. Federal Reserve Chairwoman Janet Yellen expressed further concern over the state of the global economy in remarks that the market interpreted to be extremely dovish in nature.

The banking sector has been a major casualty of this talk, with a 5.7% drop so far this year. Near-zero deposit rates and downward pressure on yields could compress net interest margins and hurt profitability for the financial sector. Ironically, higher short-term interest rates may not be of much help either given the delay in turning over low-interest loans. The lack of yield across any asset class may also intensify competition between banks if interest rates rise.

Utilities have been the biggest beneficiaries of the dovish undertones with a 12.5% gain so far this year. With bonds yields so small, the high dividends from utilities have been among the only reliable sources of income. The iShares U.S. Utility ETF (IDU B+) offers a distribution yield of 6.51% compared to just 0.37% for the iShares Core S&P 500 ETF (IVV A) – a significant difference for income investors.

Investors should keep an eye on the Federal Reserve rhetoric moving into April when assessing opportunities in the financial and utilities sectors. At the same time, they should consider that utilities have become significantly overvalued compared to other areas of the market. The aforementioned utilities ETF has a price-earnings multiple of 21.03 compared to the S&P 500 ETF’s (SPY A) P/E of just 19.17, implying that investors may be paying a hefty premium for the yield.

Health Care Takes a Hit From All Sides

The health care sector may seem appetizing on the surface, with both growth and defensive characteristics that helped it become a top performer in recent years. These benefits quickly faded from memory, however, as investors sold off the sector beginning on February 11 in favor of other growth sectors. Only recently has the selling started to abate and buyers have reentered the market hoping for a rebound.

The fundamental problem facing the health care sector stems from the Affordable Care Act (ACA). Multiple states folded their state insurance exchanges and enrollment among younger individuals has been fewer than expected. These dynamics have contributed to a drop in health spending by the federal government and households. At the same time, competition among biotech firms has been heating up as more start ups enter the space.

The good news is that the sell-off has made health care valuations a lot more reasonable. The Healthcare Select SPDR (XLV A) has a forward P/E of just 15.7x compared to the S&P 500 SPDR’s (SPY A) 17x ratio. Global economic uncertainty could also force investors back into defensive plays – like health care – and help the sector further recovery from its 6.6% since the beginning of the year and add to its 1.3% weekly gain.

The stock market has been extremely volatile so far this year, falling more than 9% and then quickly making up the lost ground. With the Federal Reserve driving the move, the recovery has been uneven between sectors of the economy. Utilities have been the strongest performer as investors seek out higher yields, while health care and financials have been the weakest parts of the market for a variety of reasons.

Investors should watch the central bank for signs of future monetary policy action while keeping an eye on the global economy for the defensive versus growth tilt. These two factors will go a long way in determining which sectors are set to outperform in 2016.