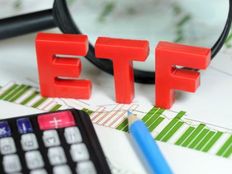 This Week's ETF Launches: All About Hedging

One of cool things about ETFs is how they have evolved over the years. At first they were all about basic indexing. Now, issuers are adding all sorts of complex strategies and “extras” into their funds. One of the more popular strategies, thanks to the dollar’s continued rise, has been the area of currency hedging. The idea is to take the dollar, or whatever currency, out of the equation and provide “pure” returns absent of currency fluctuations.

Ultimately, the four new ETFs build upon the currency hedging theme and add to investors’ ever-growing toolbox for portfolio construction.

Like the previously launched J.P. Morgan International Equity ETF (JPIN A-) and J.P. Morgan Europe Equity ETF (JPEU B+), the new JPIH and JPEH will track indexes that use a multifactor stock ranking process combining value, quality, and momentum factors to create the underlying portfolio. The new ETFs will invest in developed-market international stocks (Asia-Pacific, Europe, and Latin America) and European equities, respectively. In fact, JPIH and JPEH’s top holding are JPEU and JPIN.

However, that’s where the similarities end.

JPIH and JPEH will then add a 100% currency hedge against the U.S. dollar. That hedge should help minimize the effects of a rising dollar. There’s a two-step dance when looking at international stocks. Returns in both local terms and then in dollar terms since your fund takes dollars and buys stocks in euro, yen or another currency The difference can be striking and can actually turn gains into losses. JPIH and JPEH use futures and swaps to remove that difference so that U.S. investors are left with the “pure” local market returns. If the dollar keeps rising, then the new JPIH and JPEH will outperform the unhedged JPEU and JPIN.

Hedge Your Troubles With Gold

Gold can be seen as the oldest currency and is considered a “port in a storm’ style of investment. By gaining exposure to the yellow metal, investors can diversify their portfolios away from their home currency. Ultimately, gold helps mitigate the effects of a fallen dollar or other currency and provides a stable base for uncertainty. By using REX’s new products, investors don’t have to dedicate a special place in their portfolio for gold and can keep their equity allocations the same.

GHS will track the S&P 500 Dynamic Gold Hedged Index. The fund will hold exposure to the bread-and-butter large-cap stock index, currently through the Vanguard S&P 500 ETF (VOO A) and S&P 500 E-mini Futures. It then goes long near-dated gold futures contracts collateralized with cash.

GHE will track the FTSE Emerging Gold Overlay Index. Like GHS, it uses a Vanguard ETF to gain its stock exposure, the Vanguard Emerging Market ETF (VWO A+), and uses near-dated gold futures to hedge the currency fluctuations with the various emerging-market currencies represented in VWO.

Ultimately, the funds launched on April 5 offer a unique take on the concept of hedging by using the precious metal. The question now is whether or not investors are willing to pay the 0.48% and 0.65% in fees, respectively, for the ability to do so.