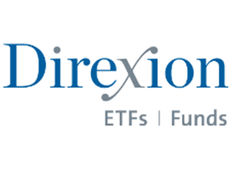 While the exchange-traded fund (ETF) boom has been great in expanding the number of tools that investors have to build their portfolios, not every ETF can be a hit. In fact, many new ETFs fail to catch on and reach the critical mass needed to be a viable fund. When they don’t reach a wide enough audience, they cease to be.

ETF closures are just a normal part of the experience.

For the rest of us, both HEGJ and HEGE can be used as a primer on why ETFs close.

Too Narrow of a Focus

For both HEGJ and HEGE, the problem came down to their underlying mandates: both ETFs were currency hedged. Most investors don’t realize that currency and its fluctuations can actually impact returns far more than underlying stock performance. The difference comes down to buying dollars for a fund that buys international stocks in their underlying currencies. The movement in the dollar versus those currencies can be enough to turn gains into losses.

With the dollar rising versus many other currencies over the last few years, ETF sponsors have rushed a variety of products. Direxion, the largest issuer of leveraged and inverse products, sought to capitalize on this fact with a pair of leveraged products that tap into two of the largest markets for currency-hedged products. Unfortunately, Direxion misread the fact that traders, or those investors looking for leveraged products, aren’t interested so much in currency hedging. The currency hedging technique is really more of a long-term play on international markets.

As a result, the two funds failed to gather enough assets and are set to be closed.

The Lesson for Investors

The closure of HEGJ and HEGE highlights one the main problems with many ETF products: they are too specialized. One of the reasons a fund like the SPDR S&P 500 ETF (SPY A) has nearly $134 billion in assets is that it’s an easily recognizable index tracking broad exposure. It’s something that investors, both big and small, want. As a result, it’s gotten very large and liquid.

The explosion and popularity of ETFs in recent years has been primarily driven by funds that track ever more unique investment niches. Over the last year, we’ve seen funds that track stocks with a focus on drones, social media presence, and momentum strategies. And while it remains to be seen if these funds catch on and have staying power, those with a more narrow focus are more likely to close than those with a broader, easier-to-digest mandate.

This plays into the second reason ETFs tend to close: assets under management (AUM).

Both HEGJ and HEGE have less than $5 million in assets. The figure varies, but most ETF pundits assert that an ETF needs about $40 million in order to break even for a fund sponsor. Without that dollar amount under its ticker, an ETF is actually a money loser for its sponsor. It simply isn’t profitable to operate the fund. And while some ETF issuers like BlackRock or State Street will keep smaller funds open because they have enough big hits to keep the lights on, smaller issuers simply cannot afford to do so. Without assets, the fund will close.

Both AUM and focus combine to create robust trading volumes. Without that trading volume, the ETF’s basic creation/redemption mechanism breaks down. Market makers have a hard time keeping the bid/ask spreads narrow and investors can pay more than what the underlying assets are worth. Once these spreads get large enough, an ETF can be considered a broken product and has a higher chance of closure. Volumes for both HEGJ and HEGE were literally less than 100 shares per day.

Finally, if an ETF has poor assets, too narrow of a focus, and zero trading volume, then its underlying issuer could be in danger. The vast bulk of ETF closures come when a sponsoring firm just can’t make it and they close their entire line up of funds. Asset managers are in it to make a profit, but if a firm has too many low-asset ETFs or narrowly focused funds, it could be struggling. That could put its entire line up at risk for closure. This wasn’t the case for HEGJ or HEGE as Direxion is one of the largest sponsors, but it has happened in the past.

For investors, the key is to stick with what sticks. Avoid the too-niche ETFs, focus on assets under the ticker and trading volumes. Robust measures in all three generally means that your fund is pretty safe.

The number of ETF launches still outweighs closures by a large margin. However, closures can and do happen as seen with HEGJ and HEGE. Let them serve as a great teaching tool. Avoiding the above pitfalls can help investors keep their portfolios humming along for years to come.