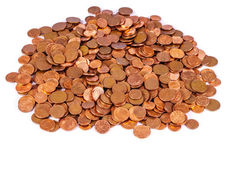 This week, our list of trends has been less influenced by the political developments in the U.S. with President Donald Trump at the forefront, marking a partial return to economic fundamentals. Copper took first place as it surged following a strike at the world’s largest mine. Emerging markets were next and are evidently returning to favor. Lower on the list is Asia Pacific as investors watched closely Trump’s interactions with his counterparts in Japan and Australia. Silver and crude oil close the list, with the latter falling on increasing stockpiles in the U.S.

Copper has seen its traffic rise nearly 150% over the past week, largely on the back of a spike sparked by a strike at the world’s largest mine in Chile. iPath Bloomberg Copper Subindex Total Return ETN (JJC A) has risen about 2% over the past five days, extending year-to-date gains to more than 10%.

Copper prices were supported by the strike at the mine Escondida, which is managed by BHP Billiton (BHP). Initially, media reports said the mining giant was to hold settlement discussions with the workers’ union on Wednesday, but the talks were apparently delayed until at least Sunday. Another disruption took place in Indonesia, where Freeport McMoran (FCX) cut production after the nation banned exports of copper concentrates in an effort to reduce local prices. The company said it was forced to slash output by 70 million pounds per month and may cut supply by a total of 40% because it doesn’t have enough storage capacity.

Going forward, it is rather difficult to envision further supply disruptions. As soon as the two mines restart working on all cylinders, copper prices may begin a correction.

Emerging Markets Back in Fashion

Despite rising interest rates in the U.S. and a worrying rhetoric from President Donald Trump, emerging markets have regained their attractiveness, at least for the time being. Traffic to emerging markets has risen as much as 66% over the past week, as Vanguard FTSE Emerging Markets (VWO A+), one of the top ETFs covering the region, surged 2.5%. Year-to-date, (VWO A+) has risen more than 10%. For a deeper analysis on individual ETF investments such as (VWO A+) or (JJC A), use our ETF Analyzer tool. You can select ETFs by category or type as well as add individual ticker symbols to compare performance, expenses and dividend yield, among other metrics.

More than one factor contributed to such a stellar performance. Essentially, emerging markets started the rally from relatively low levels, after performing horribly in 2015 and 2016. In addition, yields are continuing to be at historic lows across the developed world, save for the U.S., and many of the developing economies have been improving lately on the back of recovering commodity prices.

Meanwhile, Trump has tempered his rhetoric against Mexico and China, and just recently signaled a more traditional attitude towards Russia, something that has hurt the ruble and equity prices.

Asia-Pacific countries Australia and Japan have had their first interaction with the new U.S. President Donald Trump. While Japan’s Prime Minister Shinzo Abe was reassured that the nation’s relations with the U.S. remained steadfast, Australia’s Malcolm Turnbull was involved in a spat with Trump over more than 1,000 refugees who were to be sent to the U.S. according to an Obama-era agreement. Perhaps as a result, Asia Pacific ETFs have trended since last Thursday, seeing their traffic rise 63%. Equities in the region have performed well lately, but the impact from Trump has so far been limited. Vanguard FTSE Pacific (VPL A) – an ETF focused on Japan, Australia, Hong Kong, New Zealand and Singapore – has jumped 1.5% over the past five days, extending year-to-date gains to more than 7%.

At a meeting in Washington, Trump and Abe agreed to start new investment and trade talks after the U.S pulled out of the Trans-Pacific Partnership agreement. The U.S. also made it clear that it will continue to act as a bulwark in the region against threats from China and North Korea. Trump previously accused Japan of not providing fair terms to its automobile makers. Abe countered, saying most of the cars for the U.S. market were manufactured in the U.S. and, thereby, providing jobs. However, in a joint press conference, the two leaders reiterated their commitment to strengthening economic, political and military ties. To easily find ETFs exposed to a particular country, use our ETF Country Exposure tool. Select a specific country and get a list with all the ETFs with exposure to your pick.

Meanwhile, Turnbull had a tense call with Trump at the beginning of this month, as the U.S. President refused to make good on a commitment by the Obama administration to accept more than 1,000 refugees into the country. The tensions eased after the Republican-led U.S. Congress said it was standing behind the strong 70-year relationship between the two countries.

Silver has seen its traffic increase 43% over the past week, as the shiny commodity continued its advance this week. iShares Silver Trust (SLV B-), for example, has jumped nearly 1% over the past five days, extending year-to-date gains to more than 12%. ETF Database has ETF investing guides and other eBooks to help you navigate the investing landscape using ETFs. Sign up to ETF Database Pro to get access to all the PDFs located on our ETF Guides page.

Silver prices have risen despite a strong dollar and relative calmness in the global markets lately. The rally may be due to the fact that investors have been ambivalent toward the Trump presidency, with many choosing both to invest in risky equities and to hedge their bets. Silver has also been attractive because it has been relatively cheap compared to where it traded in the summer.

Crude oil has seen its viewership jump 36% over the past week, taking the last spot on our list. Crude prices have been resilient despite U.S. inventories rising at an elevated pace lately. Crude stocks have jumped by 9.5 million barrels last week, marking the sixth consecutive week of steady increases.

In all likelihood, crude stopped short of cratering on these bearish reports due to the fact that the Saudi Arabia-led OPEC and other producers, including Russia, have largely been keeping their promise of cutting supply by 1.8 million barrels per day. In January, OPEC complied with more than 90% of its promised output cuts. Russia, along with some smaller producers, has lagged behind by delivering smaller cutbacks than expected, but some of them reassured markets that the compliance will improve going forward.

It appears, however, that as OPEC cuts production, the U.S. increases it, judged by the number of rig openings. Since the start of the year, the number of newly-opened rigs in the U.S. increased by 76 to a total of 741, according to Baker Hughes. The number is the highest since 2015, when many oil platforms had started to close because of falling oil prices.

Copper has been trending over the past week as it surged to highs not seen since 2015 on the back of a strike at the world’s largest mine in Chile. Emerging markets have regained their attractiveness due to persistent low yields in the developed world, improving economies and higher commodity prices. Asia-Pacific countries Australia and Japan have been in the spotlight after their Prime Ministers talked with Trump, while silver made it to the top of the list because of its stellar year-to-date performance. Finally, crude oil traded sideways, as OPEC delivered on the promised production cuts, while U.S. new rigs increased and stockpiles surged.