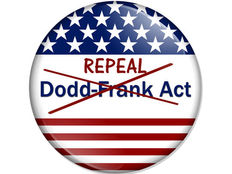 There could not be a more diverse list this week given that the five themes could hardly be linked to a central idea. Cotton took first place as it reached two-year highs recently. Financial companies are back in the spotlight thanks to President Donald Trump taking the first steps to rollback financial regulations imposed during Barack Obama’s term, while European stocks are again favored by investors because of their relative undervaluation. Socially responsible ETFs and pharmaceuticals close the list. Review our previous trends edition at Trending: Construction ETFs in Spotlight as Trump’s Infrastructure Plans Leak Out.

Cotton has seen its viewership jump 77% in the past week as futures continued a rally on lower inventories. iPath Bloomberg Cotton Subindex Total ReturnSM (BAL B+), one of the few ETFs tracking the commodity, has risen nearly 7% since the beginning of the year, extending 12-month gains to nearly 30%.

The International Cotton Advisory Committee (ICAC) recently published its prediction for stockpiles in the years ahead, saying ending stocks will fall gradually over the next two years to reach 17 million tons in 2018 from 19.2 million now. However, over the next few months, ICAC said cotton prices may fall as a supply glut slowly builds up. The committee reckons that the current season started with a large shrinkage in stockpiles, with the Southern Hemisphere countries seeing a fall of 21% for the 2015/16 season.

The current year also started with a supply shortage; however, later in the year, as cotton is being harvested, production is expected to outpace demand. Nevertheless, world stockpiles are still predicted to decrease at the end of 2017 by 7% to 18 million tons.

Traffic to ETFs covering financial companies has surged 56% over the past week, as U.S. President Donald Trump made his first step to undo the regulations implemented by the Obama Administration following the financial crisis of 2008. Financial Select Sector SPDR Fund (XLF A) has risen slightly over the past days, extending gains to nearly 18% since Trump was elected president.

Last Friday, Trump signed an executive order to revisit the Dodd-Frank Act, which was aimed at protecting consumers and keeping banks in check. Trump also signed a memorandum to dismantle the so-called Fiduciary Rule, a law that obliged brokers to act in their clients’ best interests and not in favor of maximizing their profits. According to the president, the financial regulations currently in place are preventing banks, particularly community banks, from lending to businesses and customers, which in turn hinders economic growth.

However, it is broadly expected that Trump will not have an easy ride completely dismantling the regulations, which will still be in place for some time to come. The executive order promises action in the future, but for a consistent law change, there needs to be a consensus in both the Congress and the Senate. Despite having a majority in Congress, Republicans have not yet agreed on a plan to replace the Dodd-Frank Act, while Democrats are sure to fight any deregulation.

European equities have taken third place on our list, with a 37% rise in viewership as many top investors started again to see value on the old continent. A number of institutional investors, including BlackRock and Templeton, believe European equities are undervalued, particularly compared to their U.S. counterparts. For example, BlackRock recently revised its outlook on European stocks to overweight from neutral on the back of a weakening euro, improving global economic growth and the expected U.S. expansionary policies.

While the economic outlook in Europe seems bright, the political climate leaves a lot to be desired. Investors are scared by a potential hard Brexit and the rise of populist parties on the continent, particularly in France and Italy. However, BlackRock believes the political risk is overstated, arguing the major risk comes from a global economic slump, which at the moment is unlikely. To easily find ETFs exposed to a particular country such as France or Italy, use our ETF Country Exposure tool. Select a specific country and get a list with all the ETFs with exposure to your pick.

Despite the bullish talk, European equities have largely disappointed lately, with Vanguard FTSE Europe (VGK A) falling nearly 1% over the past five days. Year-to-date, (VGK A) is up nearly 3%.

It is estimated that as much as 18% of total assets under management are linked to socially responsible investment strategies, which are expected to pay off over the long term. In the near past, these ETFs have posted good results. For example, (DSI A-) has jumped nearly 1% over the past five days, extending year-to-date gains to 2.6%. Over the past 12 months, (DSI A-) has increased more than 23%.

For a deeper analysis on individual ETF investments such as (DSI A-) or (VGK A), use our ETF Analyzer tool. You can select ETFs by category or type as well as add individual ticker symbols to compare performance, expenses, and dividend yield among other metrics.

Pharmaceutical ETFs have been in the spotlight lately thanks to the U.S. government’s pledge to crack down on drug prices. This week, traffic to pharma ETFs increased 26% compared to the week-ago period, as the industry experienced a respite. PowerShares Dynamic Pharmaceuticals Portfolio (PJP B) has risen 2% over the past five days, extending year-to-date gains to more than 3%.

U.S. President Donald Trump recently met with the executives of the nation’s largest pharmaceutical companies and essentially told them to cut prices, boost innovation and hire Americans. On Tuesday, a spokesman for the White House confirmed that Trump favors drug negotiations, meaning companies will have to engage in a bidding war to win lucrative government contracts.

ETFdb.com has ETF investing guides and other eBooks to help you navigate the investing landscape using ETFs. Sign up to ETF Database Pro to get access to all the PDFs located on our ETF Guides page.

Cotton prices surged to new highs this week on decreasing stockpiles, although the International Cotton Advisory Committee is bearish on the commodity in the near term. Financial companies have continued their upward trajectory as Donald Trump took the first steps towards reducing regulations. European equities started to look attractive again for major institutional U.S. investors, while pharmaceuticals have largely accepted the fact that they may have to bid for government contracts. Finally, socially responsible ETFs have been growing as an asset class, as they are attractive to long-term ethical investors.