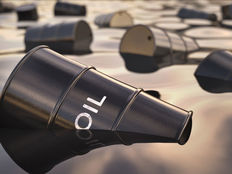 Here is the list of new ETF launches in focus this week.

The 3x Oil ETF is designed to reflect three times the daily price movements of West Texas Intermediate (WTI) light, sweet crude oil by using short-term futures contracts expiring, typically, within about 1-2 months. The 3x Short Oil ETF moves in the opposite direction. The expense ratios for the two funds, while not uncommon for triple-leveraged funds, are still high and underscore the risks involved in holding onto these products for more than a few trading days.

UWTI and DWTI were soon replaced with new ETNs from VelocityShares (which are substantially the same funds but with Citigroup acting as the issuer instead of Credit Suisse). Those two funds have only recaptured half of the assets of their predecessors, leaving an opportunity for the new USCF funds.

Direxion manages dozens of leveraged products and adds to its lineup this week with a fund based on the popular EURO STOXX 50 index. The Direxion Daily EURO STOXX 50 Bull 3x Shares (EUXL) focuses on the biggest companies residing in the Eurozone and captures approximately 60% of the free-float market capitalization of the EURO STOXX TMI Supersector Index.

Following three years of struggles and recessionary pressures from many of the region’s biggest economies, Eurozone stocks have roared back to life. The region is up more than 20% on the year, so it’s not surprising that Direxion is capitalizing on the timing. The fund’s net expense ratio of 1.04% is modest by leveraged ETF standards, although the same caution against holding for more than a couple of trading days applies.

The fund seeks to provide monthly income by investing in preferred securities such as preferred stock, certain depositary receipts and junior subordinated debt. The fund also aims to invest at least 25% of fund assets in the financial services industry. Despite the added cost that comes with active management, the fund’s expense ratio of 0.55% still lands in the middle of its peer group. Preferred securities ETFs have gained popularity in recent years thanks to yields that often top 5%.

Emerging markets has been another hot area of the market in 2017 with many of the biggest ETFs, including iShares’ own MSCI Emerging Markets ETF (EEM A-) returning almost 25%. The iShares MSCI Emerging Markets ex China ETF (EMXC) plugs a hole in BlackRock’s lineup by offering a product that provides emerging markets exposure but excluding the potentially risky China region.

China has had a solid year in its own right with the IMF raising its growth forecasts for the coming years, but there’s plenty of uncertainty still to be had. The country is accumulating a lot of debt in order to support that growth, while the Chinese government has a history of devaluing the yuan. The new iShares fund offers shareholders a means of investing in the potential of emerging markets while limiting some of the risks involved.

For a look at all of the iShares ETFs, click here.

There’s a lot of variety in this week’s new launches, but the common theme is striking while the iron is hot. There has been much volatility in the energy sector making the leveraged oil plays intriguing for short-term traders. The non-leveraged funds also target sectors or strategies that have performed well lately.