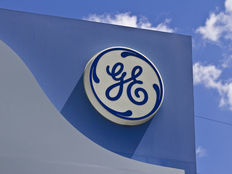 Storied U.S. company General Electric halved its dividend this week, making waves in the investor community. GE took first place in the list, consistently ahead of junk bonds, which took second place. Crude oil was third in the list, as a reported buildup in inventories took a toll on prices. Technology and media ETF (FNG C) was fourth in the list, while palladium was last. Check out our previous trends edition at Trending: Nickel Skyrockets on Hopes of Higher Demand.

General Electric (GE) took a swipe this week after the company trimmed its dividend by half and announced an underwhelming turnaround plan. GE, the storied industrial giant tracking its origins to Thomas Edison, saw its viewership rise 212% this week, as investors focused on the company’s investor day, the first since new CEO John Flannery took the helm.

Shares in GE have fallen 9% over the past five days, extending year-to-date losses to as much as 42%. According to ETFdb.com, the drop has impacted around 192 ETFs containing the stock, with iShares Edge MSCI Multifactor Industrials ETF (INDF ) and Fidelity MSCI Industrials Index ETF (FIDU A) amongst the hardest hit, both with weighting of around 6%.

Analysts and investors were disappointed to hear that the company was not able to afford to pay the high dividend for years, signaling that problems within the group run deep. GE cut its dividend in half to a quarterly 12 cents per share, the first cut since the Great Recession in 2009 and only the third in its history.

Flannery unveiled his vision for the company, saying he will improve its focus on healthcare, aviation and energy. In addition, the firm will continue to sell non-core businesses. On the corporate governance side, Flannery plans to reduce the board from 18 to 12 members and replace three directors, in a broad overhaul. However, the news disappointed investors, who broadly believe there is further downside as GE may not find a way out of the mess for years. The industrial giant said it expects to earn just $1 to $1.07 a share in 2018.

Junk bonds have had a rough week, falling precipitously and worrying investors that a bigger rout is about to come. The carnage attracted investors’ attention, with the junk bonds category seeing its viewership advance 164%. iShares iBoxx High Yield Corporate Bond (HYG B+) has dropped nearly 2% over the past month – such a move is considered abrupt in the bond ETF market.

Among the companies that have suffered from the fall is Tesla (TSLA), the bonds of which are now trading underwater – 93 cents on the dollar. Tesla made its first bond offering in August amid hype around its so-called Model 3 affordable car and confidence that it will be able to meet its self-imposed tight delivery deadlines. As it happens, Tesla disappointed investors, recently announcing a downbeat earnings report and that it would take months to reach its production target of 5,000 cars per week.

Not all bonds were affected by the rout. Investment grade instruments stood still, with analysts noting that the repricing occurred primarily in junk bonds. The fact that high-rated bonds performed relatively well soothed nervous investors, who had been watching out for a systemic selloff.

A rally in crude oil has started to reverse this week, after a top agency lowered its demand forecast for the years ahead. Oil’s traffic rose 87% in the past five days, as a result of the increase in price volatility. United States Oil Fund (USO B) has dropped more than 3% over the past week, although it remains up 7% for the rolling month. Year-to-date, crude is down 5%.

Crude oil rallied in light of hopes of higher demand and signs that Russia and Saudi Arabia will reach a deal to cut supply. However, on Tuesday, the International Energy Agency said it expected demand for the commodity to drop in 2017 and 2018, partly due to warm weather. The adviser decreased its forecasts for demand by 100,000 barrels per day for both years and predicted supply will still exceed demand in the first half of 2018.

IEA also reckoned that the U.S. will increase its production, annihilating the positive effects from a potential deal between the oil cartel and Russia. By contrast, OPEC recently predicted demand will surge by 130,000 barrels per day over the next years, although recent economic data from China disappointed investors.

It is rare to have a single ETF trending for the week, but that is exactly what happened with FNG AdvisorShares New Tech and Media ETF (FNG C). The technology and media focused ETF, which was launched a few months ago, saw its viewership rise 53% this week. (FNG C) has declined around 1% in the past five days, but its gains over the past three months are impressive – up 10%.

For a deeper analysis on individual ETF investments such as (FNG C) or (USO B), use our ETF Analyzer tool. You can select ETFs by category or type as well as add individual ticker symbols to compare performance, expenses and dividend yield, among other metrics.

(FNG C) gained attention this week, after Facebook and Apple (AAPL) were in the news. Facebook announced impressive quarterly results, but disappointed investors after it committed to spend more on preventing misuse of the social network. Apple, meanwhile, made headlines after demand for its latest iPhone X continued to be strong in a crucial test of the brand’s popularity.

Palladium took last position this week, with a 52% increase in viewership. The rare commodity has had an impressive run this year, with the ETFS Physical Palladium ETF (PALL A) surging 44%. The interest for the precious commodity was largely thanks to hopes of an expanding automobile industry. Palladium is an important component in emission filters for gasoline engines.

Over the past week, however, (PALL A) has declined more than 2%, as part of a global sell-off in precious metals.

General Electric made a historic move this week, cutting its dividend in half. A sell-off in junk bonds failed to spook investors, as the carnage was limited to lower-rated papers. Crude oil has been falling, after a key agency predicted demand will decline in the next few years and supply will rise. Technology and media ETF (FNG C) was in the limelight after the recently announced quarterly results of Facebook and Apple’s impressive iPhone X demand. Palladium has fallen over the past five days, but the commodity remains one of the best performers for the year thanks to rising demand for automobiles.