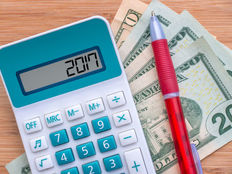 2017 was a roller coaster year for the global financial markets, as equities surged, alternative assets emerged and geopolitics carried even new implications with President Trump in the White House. For investors, 2017 saw no shortage of opportunities ranging from equities to currencies and all the way up to bitcoin. Many of these trends will remain relevant in the new year, giving investors another opportunity to capitalize.

Although 2017 had many lessons, the following six were the most compelling ones from a financial market perspective.

2017 was supposed to be the year that the U.K.’s Conservative Party cemented their country’s path out of the European Union (EU). But a botched premature election in June forced the Tories into an alliance just to maintain a parliamentary majority. Over the next six months, the U.K. and its EU counterparts struggled to find common ground on Brexit terms, let alone a new trade treaty.

Perceptions that Brexit will be delayed was a net positive for the British pound, as was the overshooting of the inflation target caused by Bank of England’s post-Brexit rate cut. As a result, the CurrencyShares British Pound Sterling Trust (FXB A-) rose more than 9% for the year.

Although Brexit talks are expected to continue in 2018, the BOE cannot afford to keep rates too low. Combined with a weaker U.S. dollar, the FXB will continue to be a strong play for investors looking to capitalize on sterling’s post-Brexit rally.

The U.S. Federal Reserve did exactly what it planned to do last year: It raised interest rates on three occasions and initiated the “great unwind” of its massive $4.5 trillion balance sheet. In the final policy meeting of the year, officials also raised their outlook on economic growth for 2018, citing favorable tax reform as a primary catalyst.

The next 12 months are expected to see more of the same from the Fed, although beginning in February the institution will be headed by Jerome Powell instead of Janet Yellen. Her replacement was confirmed in December.

For ETF investors, convertible funds may provide steady returns when interest rates rise. Convertible assets, such as the SPDR Barclays Convertible Securities ETF (% etf CWB %}, provide a hybrid fixed-coupon security that allows investors to swap the bond security for common or preferred stock. CWB posted steady gains throughout 2017, and could be poised to do the same this year.

Are you looking to perform in-depth ETF market research? Check out our Education section for timely resources.

It was a difficult first year for the Trump administration, which failed to break ground on a number of legislative issues, including healthcare. After several failed attempts at re-writing the tax code, Senate Republicans joined hands to pass sweeping reform in the final weeks of the year. Under the new bill, which President Trump signed Dec. 22, corporations will be taxed at a much more competitive 21% instead of 35%. All personal income tax brackets were also reduced.

The new tax code is effective as of Jan. 1, and its implementation is expected to see a broad pick-up in economic activity. This is stellar news for stocks, which are off to a flying start for 2018. The SPDR S&P 500 ETF (SPY A) actively tracks the large-cap S&P 500 Index, which is coming off one of its best years on record. With a pro-growth agenda on the horizon, equity markets are poised for further gains in the short term. After all, if 2017 taught us anything it’s that investors are highly optimistic on what the Trump administration can accomplish.

To keep track of the latest political developments, visit the ETFdb.com’s News section.

It wouldn’t be possible to talk about 2017 without mentioning the sharp rebound in commodity prices. Crude oil has surged to three-year highs, with Brent futures recently surpassing $70 a barrel. Last year, we learned that major Gulf producers were prepared to deepen and prolong their supply cuts in support of a more balanced market. In fact, they’ve committed to doing the same through the first half of 2018. Of course, we also know that the U.S. shale industry is highly sensitive to rebounding prices, which makes predicting the future much more difficult.

Investors can expect the oil market to continue stabilizing in 2018, although gains of the magnitude we saw last year are highly unlikely unless another major geopolitical confrontation emerges. The ProShares Ultra Bloomberg Crude Oil (UCO A) more than doubled between June and December and put up huge gains through the first two weeks of 2018. The ETF is well positioned to capitalize on the market’s continued turnaround in the year ahead.

Interested in exploring ETFs by specific industry and sector? By going Pro, you can leverage the power of ETF Analyzer, the most flexible data tool available for fund investors. ETF Analyzer enables comparisons of potential ETF investments on a wide range of criteria, including expenses, performance and volatility.

2017 was the dollar’s worst year in over a decade, as investors continued to “buy the rumor and sell the fact” with respect to Federal Reserve policy. The greenback declined double-digits against a basket of world currencies, a downtrend that is expected to continue for the foreseeable future as central banks in Europe, Canada and Japan back gradual policy normalization. If we use the Fed as an example, the next round of policy tightening will likely support national/regional currencies in their performance against the dollar.

In this environment, ETFs that short the greenback will capitalize on down moves in the world’s most actively-traded currency. An asset like the PowerShares DB US Dollar Bearish Fund (UDN A-) is an effective play for those looking to short the U.S. currency.

The Year of Cryptocurrency

The biggest story of 2017 was the emergence of cryptocurrency as an asset. The value of bitcoin skyrocketed more than 1,400% during the year, but that was only the tip of the iceberg. The total value of cryptocurrencies briefly surpassed $800 billion at the start of 2018, with roughly two-thirds of the market cap made up of altcoins other than bitcoin.

Although most mainstream investors are convinced that bitcoin is one of the biggest speculative bubbles of all time, it has spawned more than 1,000 cryptocurrencies that are reshaping our concept of value. Bitcoin’s success has also spawned a bevy of financial products that aim to track its value. This includes Grayscale’s Bitcoin Investment Trust, as well as a pair of futures contracts courtesy of CBOE and CME Group.

Although there are currently no ETFs that track bitcoin, investors may gain some exposure to it by purchasing ETFs backed by technology and semiconductor stocks. One bet is the Direxion Daily Semiconductor Bull 3X ETF (SOXL B), which has more than $700 million in net assets.

Remember: ETF investing isn’t without its risks and costs. Read The Hidden Risks and Costs of ETFs to learn more.

In many ways, 2018 will be a continuation of the year before. The six themes discussed above will continue to play out this calendar year, likely giving rise to new developments that intersect politics, economics and regulation.