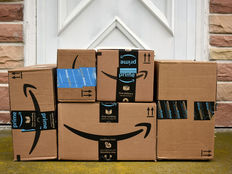 Amazon’s stock is recovering from losses stemmed from President Donald Trump’s tweets – which accused the technology giant of not paying its fair share of taxes – through strong financial results.

U.S. Treasuries were first in the list this week, trending thanks to the fact that 10-year government bond yields recently crossed the 3% threshold. Amazon was second as the stock continued its recovery in recent days. The U.S. dollar has appreciated due to higher Treasury yields, while consumer staples have underperformed lately. FAANG stocks are last on the list.

Check out our previous trends edition at Trending: Netflix Blows Earnings Expectations With Another Record Quarter.

U.S. Treasuries have seen their viewership rise 97% this week, as the yields on 10-year Treasuries crossed the psychological 3% threshold, causing jitters in the markets. The monumental event has prompted fears that the long bull run in Treasuries is coming to an end. When yields rise bond prices fall.

There are strong reasons for Treasuries to continue their rally. The U.S. Federal Reserve has been gradually raising interest rates as inflation is hovering near its 2% target, while a recent Federal tax cut announced by the Trump administration has put additional pressure on the bond market. Inflation expectations are expected to rise further, likely prompting the Fed to hike interest rates at a faster pace, which would lead to an increase in government bond yields.

In a way, a rise in debt yields is natural given that the U.S. economy is now in its ninth year of economic growth. Furthermore, during most of the recovery, 10-year Treasuries returned less than inflation, with a difference of negative 0.24% recorded in the past three years.

On the other hand, the yield curve has been flattening, recently reaching levels not seen in years. This is a signal the U.S. economy is close to its full potential and a recession might be around the corner. In each of the past five recessions, short-term yields were higher than long-term ones. However, a recession might not be imminent. Inflation and yields are still lingering at low levels and have more room to grow.

Technology giant Amazon (AMZN) has taken the second spot this week after dodging the bullet from the U.S. president, with its stock rocketing higher on solid financial results. Traffic to Amazon has increased by 91% during the past week, as investors witnessed an impressive recovery in the stock price. For the past five days, Amazon shares have gained nearly 8%, bringing year-to-date performance to 34%.

Last week, Amazon reported stronger-than-expected results for the first quarter thanks to strong cloud and advertising businesses. Overall revenue came in at $51 billion compared to $49.7 billion estimated by analysts, while earnings-per-share of $3.27 was nearly triple of what analysts had expected. The cloud business, called Amazon Web Services (AWS), continued to thrive and blew expectations. Year-over-year, AWS sales rose by nearly 50%, generating $1.4 billion in operating income, which accounts for two-thirds of the company’s total operating income. The company’s revenue from “other” sources, which primarily includes advertising, surged by 139% to $2 billion compared to the same period last year.

Amazon has continued to deliver in spite of Trump tweets accusing the firm of taking advantage of the U.S. postal system. Following Trump’s intervention, the company’s stock dropped consistently but resumed its march upward after it was reported that government considered no imminent action. As such, investors started to focus more on fundamentals and less on politics.

There are as many as 227 ETFs containing Amazon, with PowerShares (QQQ B+) perhaps the most popular. Amazon has the second-largest weighting in (QQQ B+) at more than 10% after Apple (AAPL). Unsurprisingly, (QQQ B+) also benefited from Amazon’s spectacular recovery, rising more than 2% over the past five days.

The U.S. dollar is back in fashion, appreciating against all major currencies in no small part thanks to higher bond yields. As such, the greenback saw its viewership rise as much as 87%, not far behind Amazon and Treasuries. PowerShares DB US Dollar Bullish Fund (UUP B) has gained 1.43% in the past five days, extending monthly gains to as much as 3.4%. Year-to-date, the dollar is up 1.5%.

For a deeper analysis of individual ETF investments such as (UUP B) or (QQQ B+), use our ETF Analyzer tool. You can select ETFs by category or type as well as add individual ticker symbols to compare performance, expenses and dividend yield, among other metrics.

Much of the dollar’s appreciation has to do with the solid economic data coming out lately and the Federal Reserve’s hawkishness. In addition, 10-year Treasury yields are hovering near the 3% threshold and are increasingly attractive for investors, something that boosts demand for the dollar. But the greenback also surged because of subdued economic news in other parts of the world, particularly in the Eurozone, where economic growth has been slowing and the inflation is falling. The European Central Bank recently indicated that it will maintain its asset purchase program and provide an update on forward guidance later than previously estimated.

Whether the dollar strength will continue going forward is unclear. Some analysts argue that the dollar’s advance is temporary, while others contend it will rise given the weak prospect of ECB raising rates anytime soon and the strong fundamentals in the U.S.

Consumer staples have seen their viewership rise 46% in the past week, as investors weigh investment opportunities in the embattled sector. Staples are among the worst performing sectors in recent months, with Consumer Staples Select Sector SPDR Fund (XLP A) shedding nearly 14% of its value since the start of the year. In the past five days alone, (XLP A) has declined nearly 3%.

The main reasons for the poor performance are rising commodity prices and fierce competition from online retailers – Amazon in particular. Whereas in previous cycles, many consumer staples companies, such as Walmart (WMT) and Procter & Gamble (PG), were passing on the high costs to consumers, now they may think twice before doing so because of competition from online peers. As a result, consumer staples companies are expected to take a hit on their bottom lines.

FAANG stocks have been on a tear lately thanks to blockbuster results reported by some exponents, including Amazon and Netflix (NFLX). FAANG ETFs have seen their viewership advance 38% in the past five days.

One of the more focused FAANG ETF is BMO REX MicroSectors FANG Index 3X Leveraged ETN (FNGU B). Because it is leveraged three times, its performance is always amplified. In the past five days, (FNGU B) has shot up more than 8%, extending monthly gains to more than 27%. All FAANG components have reported or are about to report their earnings in the near future. Netflix and Amazon already published solid results for the first quarter, while Facebook is seeing off the data breach scandal. Alphabet (GOOGL) reported a 29% jump in earnings due to an accounting policy change that forced it to recognize the value of its stake in Uber.

Amazon’s stock has recovered from Trump’s tweets after posting blockbuster financial results for the first quarter and largely ignoring the president’s rant. Treasury yields have recently crossed the psychological 3% threshold and are now trading a little below that level. The U.S. dollar benefited from the rise in yields but also from weak data in Europe and Britain. Consumer staples have declined due to competition threats from Amazon and higher commodity prices, while FAANG stocks have recovered thanks to strong earnings reports from some of its constituents.

What Wright's Law of Production Means for AI in ARKQ