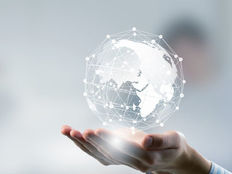 Large technology companies, such as Facebook and Amazon, have posted weak performance of late, as the trade war rhetoric spilled into the technology sector.

Soybeans are second in the list as the agricultural commodity is a key Chinese weapon in its ongoing trade spat with the U.S. Small-cap stocks have also suffered recently, although they do not have direct links to global trade. Utilities have acted as a safe haven in this jittery market, while oil and gas took the last place in the list.

Technology stocks were remarkably resilient in the face of trade war threats between China and the U.S., surging to record highs as other indexes stumbled. This week, technology stocks, which have seen their viewership rise by 188%, have run out of luck, as investors reassessed their theories.

Tech-heavy Invesco QQQ Trust (QQQ A-) has dropped 2.4% in the past five days compared to less than 1% for the broad market (SPY A). However, year-to-date, the performance of (QQQ A-) remains eight percentage points higher than (SPY A)’s, a sign of the technology market’s resilience.

A trade war would have a lower impact on technology stocks but the argument that they are relatively insulated may seem a little bit overstretched. For instance, Apple (AAPL), which makes up nearly 11.5% of Invesco QQQ, has strong manufacturing relationships with China. A sizeable deterioration in the relations between the two countries could affect the company’s supply chains, putting a strain on its production abilities and bottom line.

Other FAANG stocks, such as Facebook, Amazon (AMZN) and Netflix (NFLX), have admittedly less exposure to China, as the nation’s market is largely closed to them. That does not mean they are completely insulated, however. Lower economic growth, which is a live possibility if the trade war escalates, will have a negative impact on these companies’ top and bottom lines. In addition, many other U.S. technology companies that are smaller have manufacturing relationships with China and it also represents a big market. The biggest internet companies may emerge relatively unscathed from a trade war, but the general technology industry may be up for a rough ride.

Use our Head-to-Head Comparison tool to compare two ETFs such as (QQQ A-) and (SOYB B) on a variety of criteria such as performance, AUM, trading volume and expenses.

Soybeans has become an unlikely tool in China’s hands in the country’s ongoing trade war with the U.S. As such, soybeans took the second position in the list with a rise in viewership of 121%. As a countermeasure to proposed tariffs on some industrial goods, China readied a 25% surcharge on imports of U.S. soybeans, among others. The levy will come into effect on July 6, but the market is questioning whether China’s move has another side of the coin.

Imposing tariffs on soybeans is likely to increase domestic prices of the cheap commodity, which is used widely in the food industry. China imports around 90% of its soybeans and around 20 to 30% comes from the U.S. To ease the burden on the general population, China decided to remove a 3% tariff on soybean imports from a host of South Asian countries, including India, Bangladesh and Sri Lanka.

Whether this will have a positive effect on the Chinese market is unclear. India is the world’s sixth-largest producer, but much of the production is used for internal needs. Meanwhile, the other countries are relatively small producers and may not make a sizable dent in supply.

As the trade war rumbles on, Teucrium Soybean (SOYB B) is falling in anticipation of a supply glut in the U.S. (SOYB B) has dropped more than 2% in the past five days, extending year-to-date losses to 8.3%.

For a deeper analysis on individual ETF investments such as (QQQ A-) or (SOYB B), use our ETF Analyzer tool. You can select ETFs by Category or Type as well as add individual ticker symbols to compare performance, expenses and dividend yield, among other metrics.

Small-cap iShares Russell 2000 ETF (IWM B+) has lost some of its glow in the past week, but along with the technology sector, it remains a relative safe haven for investors amid an escalating trade war. (IWM B+) has declined 2.5% in the past five days but remains up nearly 9% for the year, a performance slightly below that of (QQQ A-).

Many of the companies in the Russell 2000 are relatively small firms that have limited exposure to the global economy. Their market is largely in the U.S. and are expected to suffer only if the economic growth sputters as a result of the trade war. Meanwhile, the S&P 500 is composed chiefly of global companies that are expected to take an instant hit if trade relations between the U.S. and other countries deteriorate.

The earnings season in mid-July will show how resilient the small-cap companies are, with many expected to post strong earnings given the recently passed tax cuts.

Utilities have enjoyed inflows in recent weeks as an ongoing trade spat raised the attractiveness of the asset. Utilities have seen their traffic rise 106% in the past five days, as many ETFs covering the sector outperformed.

Utilities Select Sector SPDR (XLU A), the largest utility ETF with nearly $7.4 billion in assets under management, has increased nearly 3% in the past five days, trimming year-to-date losses to 1.5%. An economic slowdown will certainly hurt the entire stock market, but the impact on utility stocks may be limited. Still, in recent years many utility companies have ventured outside the stable regulated realm into riskier production assets, such as gas and electricity. As a result, this drift may cost investors dearly in a recession.

Oil and gas, two of the most important energy commodities, have performed disparately during the past week and have seen their viewership rise 101%, not far behind utilities. Indeed, while United States Natural Gas (UNG B-) has barely budged in the past five days, United States Oil (USO A) has surged as much as 10%.

In no small part, the rise is attributed to steadily dropping U.S. stockpiles and fears of a potential decline in output due to Iran sanctions. The U.S. Energy Information Administration reported Wednesday that oil stockpiles dropped by a whopping 9.9 million barrels on strong exports. Meanwhile, Iran is likely to be removed from the market, at least partially, although OPEC and Russia agreed to increase supplies to make up for the lost output.

Technology stocks have ended their impressive run this week, as investors realized the trade spat may not be avoiding the sector. Soybeans has become a tool in the hands of China in its trade fight with the U.S., while utilities have erased some of the year-to-date losses thanks to their safe-haven appeal. Small-cap index Russell 2000 has suffered this week, after a string of gains. Oil prices have surged on dwindling supplies in the U.S. and fears of output disruption due to Iran sanctions. 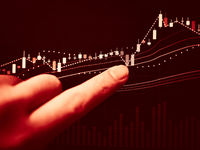 Every Step Counts: Fifty years of indexing have proven investing doesn’t need to be complex 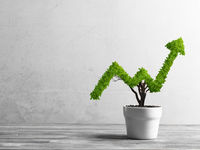 As investors try to reposition their portfolios for the new year, many can look to socially...

The Q's Have It: CQQQ Thriving in the QQQ Club

The technology play doesn’t look to be letting up anytime soon, and that’s also the...