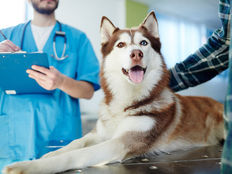 This Week’s ETF Launches: A Fund for Your Four-Legged Friends

It’s not often that you get a week of new ETF launches as thematically diverse as this one.

We have yet another fund using artificial intelligence to drive investment decision making, but this one comes with a well-known name attached. State Street debuts a pair of new products – one designed to cover the soon-to-be not-so-boring communication services sector and another which is essentially a replica of one of their existing funds. And then, of course, there’s the new fund for pet fanatics!

For the Pet Lovers

One of the great things about the ETF marketplace is that there is an investment product available for almost any theme you can imagine. It turns out, there was one theme that hasn’t quite been covered. The Gabelli Pet Parents NextShares (PETZC) is designed to target companies that stand to benefit from how much pet owners spend on their furry friends.

The fund’s mandate is quite broad allowing to invest in almost anything related to the pet industry. This could include food, veterinary services, pharmaceuticals, wellness, nutrition and medical supplies. The logic behind the fund is sound. Dedicated pet owners have been known to spend a lot of money on their pets, including things such as higher quality foods, doggy day-care memberships and regular groomer visits. Gabelli is betting that higher-than-average revenue growth in these companies can lead to above-average returns for shareholders.

Jim Rogers is probably best known as a seasoned commodities investor, but the new ETF that will carry his name will use artificial intelligence to identify big-picture global macroeconomic opportunities. The Rogers AI Global Macro ETF (BIKR) will track a basket of single-country ETFs determined by an AI-driven algorithm developed by Rogers and his team. The model looks at macroeconomic data – such as volatility, interest rates, productivity and GDP – to target the countries with the greatest chance of positive returns over the subsequent 18-month period (although the model can identify shorter-term opportunities as well). If the model fails to turn up enough of these opportunities, assets may be shifted to a Treasury ETF.

Currently, BIKR holds positions in roughly 40 different single-country ETFs, although more than 50% of the fund’s assets are invested in the iShares 1-3 Year Treasury Bond ETF (SHY A).

Come September 28, 2018, the telecom sector, as we know it now, will no longer exist. S&P Dow Jones Indices and MSCI in their annual GICS classification review determined it was time to freshen up its groupings to better reflect the current economy. The telecom sector, which was previously dominated by AT&T and Verizon, will be renamed the communications services sector and will more broadly include companies that operate in the communications and media spaces. In addition to AT&T and Verizon, the new sector will include Facebook, Alphabet, Comcast, Walt Disney and Netflix in its top 10 holdings.

A New Version of an Old Gold ETF Favorite

It may seem curious that State Street is launching the SPDR Gold MiniShares Trust (GLDM) when it already manages the biggest gold fund available, the SPDR Gold Shares ETF (GLD A-). The answer is pretty simple – it’s cheaper and more easily accessible to smaller investors.

GLDM and GLD are essentially the same in that they are both backed by physical gold. The main difference is that GLDM will charge just 0.18%, making it the cheapest gold ETF available and costing less than half of GLD. GLDM will also come priced much lower. Its share price is designed to be roughly 1/100th of the spot price of gold. As of the market close on July 2, 2018, the spot price of gold was about $1,253. GLDM trades at $12.41.

The most intriguing new offering of the week could be the Gold MiniShares Trust. A physically-backed gold fund isn’t exciting in and of itself, but it’s noteworthy whenever a new low-cost leader in a sector emerges. The new Communication Services ETF is probably just the first of several ETFs that will debut once the actual GICS reclassification officially takes place. Using artificial intelligence to make investment decisions is quickly becoming a more common practice (as is attaching a big name to your ETF), but the Rogers AI Global Macro ETF is somewhat unique in the fund-of-funds approach that it uses, which could ultimately be a differentiator. The Pet Parents NextShares fund seems a little gimmicky on the surface, but it could ultimately prove to be successful.

ETFdb.com has ETF investing guides and other e-books to help you navigate the investing landscape using ETFs. Sign up to ETFdb.com Pro to get access to all the PDFs located on our ETF Guides page. 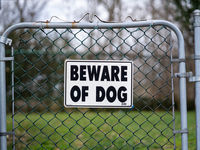 This Dog Has Bite: 'SDOG' and the 'Dogs of the Dow'

The ALPS Sector Dividend Dogs ETF (SDOG B) is a prime example of an asset benefiting from this... 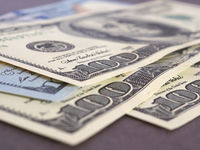 Some market observers believe the U.S. dollar is poised for upside, to the benefit small cap... 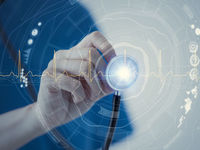 Healthcare has always been a tried-and-true sector, but ETF investors looking for a bit more...