FAANG ETFs trended largely in relation to earnings estimates as investors fretted about a possible downturn in the most crowded trade of the year. China came third in the list on the back of renewed worries the U.S. will add fresh tariffs to Chinese imports as early as September. Biotechnology stocks were in the news as Biogen announced positive phase II trial for an Alzheimer’s treatment, while Blockchain ETFs closed the list due to BlackRock’s interest in the technology behind cryptocurrencies.

Check out our previous trends edition at Trending: Vanguard to Eliminate Trading Commissions on Majority of ETFs to Please Investors

Netflix missed its own subscriber growth figures by a wide margin, sending investors to the exit doors as the report offered a gloomy near-term picture. The story prompted a massive wave of interest which sent traffic numbers through the roof, up 881% compared to the previous week.

The streaming giant reported second-quarter results that took investors by surprise and caused a 14% drop in the share price during off-market trading. As such, the company announced 670,000 new streaming customers in the U.S., which amounts to only 55% of what it anticipated in the previous statement, while also missing its overseas adds by 11%. In total, the corporation managed to add 5.1 million subscribers over the second quarter, 1.1 million below management’s expectations. Also, third-quarter guidance was adjusted lower, with the company now anticipating 5 million new subscribers, as opposed to analyst expectations of 6 million and $3.99 billion in sales, below the consensus estimates of $4.14 billion.

The news spooked investors as it broke the fairytale of an ever-growing subscriber base for the media behemoth. The last two quarters enchanted money managers, causing a heavy inflow into the stock to generate triple-digit performance for the year. The initial violent reaction was caused by worries regarding the huge expenses on original content. Because it operates on a net negative cash-flow basis, the company’s capacity for attracting new subscribers is paramount to its financial stability as it spent more and more over the last few years. Netflix is expected to invest $12 billion on content in 2018 and that staggering figure has every chance of being increased next year as management said it would continue to expand its original library and deliver top quality content to its 130 million subscribers.

Despite its second-quarter misfire on subscriber growth, the company has reported $384 million in earnings, a 32% rise that beat analyst estimates and a revenue advance of 6%, to $3.9 billion. This has tempered markets, allowing the stock to regain ground, ending the day at a mere 5% drop as investors took advantage of the opportunity and bought into the initial weakness. Netflix (NFLX) is still regarded as being miles ahead of its competition, while the second-quarter blip is widely expected to prove to be temporary and not a distressed signal for the coming years.

Among the closely watched ETFs containing Netflix, Invesco NASDAQ Internet ETF (PNQI B) has the largest exposure to the media company, at nearly 8%. The ETF managed to piggyback on Netflix’s 2018 rise, gaining 25% since January 1.

Technology Giants In Control of Market

FAANGs are seemingly forever on the radar, with at least one of these technology titans capturing investors’ attention with either financial results, new product launches, management reshuffles or even political entanglements. This time, FAANGs saw their viewership rise by 177% as markets started to fret about possible cracks and whether their staggering performance could keep up with ever-increasing investor expectations.

Companies forming the acronym – Facebook, Amazon (AMZN), Apple (AAPL), Netflix and Alphabet (GOOGL) – have led the latest leg of the nine-year-old bull market. These stocks advanced on average 41% in 2018 alone, the best performer being Netflix, with 95.42%, while Alphabet sits at the other side of the spectrum, with a more modest 12.29% rise. They collectively make up more than 12% of the S&P 500 Index and 27% of NASDAQ 100 Index.

As Netflix shot a first warning flare with its subscriber growth slowdown, investors are looking for signs whether the ride up has short legs and the time for exiting has come. The buying pressure on the day following Netflix’s earning call may suggest otherwise. Judged by 2018 vs. 2019 growth expectations, FAANGs have what it takes to drive their share prices through the roof, with Netflix forecasting a 62% rise, Amazon 60%, Facebook 20%, Apple 15% and Alphabet 8%.

Most recently, Alphabet received a record $5 billion antitrust fine from the European Commission for illegal restrictions on the use of Android. The company has until mid-October to cease these practices, which have presumably pushed its services in front of users and cemented the dominance of its search engine.

The Invesco QQQ (QQQ A-) may very well be the best play when it comes to FAANG exposure. The largest ETF to these companies enjoys vast liquidity, a modest expense ratio and an appealing 15.52% year-to-date performance. It also ranks first amongst the 94 ETFs in the category when it comes to three-year returns, with an impressive 65.84% boost.

Chinese authorities have had it rough in 2018. The nation’s stock market also felt the pain induced by numerous arrows shot from across the Pacific as President Trump is determined to greatly reduce the U.S.’s trade deficit with China and is using tariffs to reach this goal. As such, China has seen its traffic rise by 175% over the last five days, with investors taking note of the planned $200 billion in fresh tariffs announced last week.

The U.S. administration decided to hit back after China retaliated and mirrored the $34 billion worth of U.S. goods targeted by tariffs starting July 6. President Trump, however, stepped up his game and issued an order to the U.S. Trade Representative (USTR) to begin the process of imposing tariffs of 10% on an additional $200 billion worth of Chinese imports. The list contains more than 6,000 items, including food products, minerals and consumer goods, and it should go into effect in September.

China will have to think hard on a response to this last measure as they only imported $130 billion of U.S. goods in 2017, so they cannot simply match the total of $234 billion worth of goods that the U.S. intends to affect with levies. The general consensus is that the Chinese authorities will take aggressive action on business rules and regulation, requiring tougher safety inspections and financial investigations. Another step would be to devalue its currency in order to gain competitiveness, with the renminbi already losing 7.41% in value in the last three months against the U.S. dollar.

The iShares China Large-Cap ETF (FXI A-) offers a glimpse on the negative sentiment hovering around the Chinese stock market, declining by 8.69% since the start of the year.

Use our Head-to-Head Comparison tool to compare two ETFs such as (FXI A-) and (QQQ A-) on a variety of criteria such as performance, AUM, trading volume and expenses.

Biotechnology sits in the fourth spot this week with a rise in viewership of 133% as industry bellwether Biogen (BIIB) climbed on successful results from its Alzheimer’s drug trial. The development lifted the largest ETF in the sector, the iShares Nasdaq Biotechnology (IBB B+), by 3.7% in the same day, which brings year-to-date performance to a healthy 10.73%.

Wall Street was quick to react and reiterated an overweight rating for the company’s stock, citing greater trust in the firm’s financials and guidance. The encouraging results came from a Phase II study with BAN2401, an anti-amyloid beta protofibril antibody, in 856 patients with early Alzheimer’s disease.

Regarded as the first large study in which amyloid beta plaques are correlated with a reduction in cognitive decline, its results are due to be presented at the 2018 Alzheimer’s Association International Conference.

Blockchain ETFs emerged once again from the shadows and posted a 118% surge in traffic over the last week. Bitcoin doubled in trading volumes in just 5 days, while the recent bearish sentiment somewhat faded, bids propping up price above $7,000 once again.

However, investors are used to wild rides in the cryptocurrencies, especially Bitcoin, so it was another piece of news that steered market participants toward the crypto world. The top global asset manager, BlackRock (BLK), confirmed the latest rumors that it is looking into the blockchain technology. The CEO of BlackRock acknowledged that it has set up a working group that targets ways to take advantage of the crypto underlying technology while also hinting at a possible bitcoin ETF.

The resurgent interest from big players like BlackRock helped the entire sector, with Amplify Transformational Data Sharing ETF (BLOK) spiking by 2.5% on the news. This recent rise helped the ETF recoup some of the losses inflicted by months of declining volumes and prices.

For a deeper analysis on individual ETF investments such as (BLOK) or (IBB B+), use our ETF Analyzer tool. You can select ETFs by Category or Type as well as add individual ticker symbols to compare performance, expenses and dividend yield, among other metrics.

Netflix played the leading role in this week’s news as it broke several stellar quarters with a substantial miss on subscriber growth while also lowering guidance for the next three months. FAANGs continued their march to record highs as the earnings season has commenced and investors seem to have shrugged off the Netflix scare and bought more of the same. Across the Pacific, China is caught with its back against the wall as President Trump is set to impose new tariffs on a record $200 billion worth of Chinese goods. The biotechnology sector has seen inflows following promising results in the latest trial of a new Alzheimer’s drug, while Blockchain ETFs took a breather from recent declines amid renewed interest from top financial players in the blockchain technology.

Utilities stocks aren’t the first assets that come to mind when considering impact... 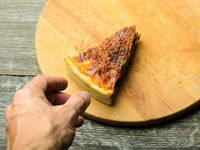 If the World Is Your Oyster, Get Your Piece of the PIE