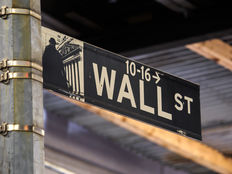 Major U.S. benchmarks and stock ETFs muddled along without direction Tuesday as lingering concerns over global growth and the health of the domestic economy weighed impeded any forward momentum.

Among the upbeat news that helped support the markets, the Commerce Department revealed in a delayed report due to the partial shutdown of the Federal Government, new home sales increased in December, the Wall Street Journal reports.

David Donabedian, chief investment officer at CIBC Private Wealth Management, argued that the home-purchases numbers were closely watched since “they’ve been one of the weak links in the U.S. economic story over the last year and a half.”

Additionally, the Institute for Supply Management showed the non-manufacturing purchasing managers index, which follows a number of U.S. industries such as health care and construction, also strengthened in February and surpassed economists’ expectations.

The economic data helped mollify concerned investors whom are worried about slowing growth in a prolonged economic expansion.

The recent bout of anxiety coupled with the stalling trade talks have weighed on investment sentiment and paused the current stock market rally, with all three major U.S. indices up more than 10% so far this year and the Nasdaq Composite gaining for 10 consecutive weeks.

The market’s current unease may stem from a weekend report that the U.S. and China were in the final stages of completing a trade deal after months of bargaining but there may be a lack of enforcement, which has held up progress in the talks.