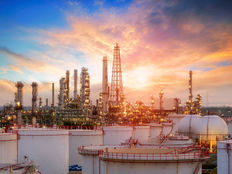 Could Saudi Aramco’s Attack Be An Issue For Its IPO?

Crude oil is seeing a massive price spike on Monday following drone strikes on a Saudi oil facility at Abqaiq and at a nearby Khurais oil field on Saturday, hamstringing 5.7 million barrels of daily crude production or 50% of the kingdom’s oil output. Saudi Aramco, the national oil company, reportedly is attempting to restore about one-third of its crude output, or 2 million barrels by Monday, amidst plans to release its IPO. However, Bloomberg News reported it could take weeks before Aramco restores the bulk of its production at Abqaiq.

While savvy investors and analysts tend to price in considerations such as production, competition, and substitutes into IPO valuations, attacks such as what happened over the weekend are a huge surprise, and are not typically accounted for in valuations.

“Those familiar with the company know that Aramco has been prepared for this for a very long time, but it likely is not something already priced into the opinions of the typical fund.”

A crucial question for investors is whether the schedule for the IPO will move forward as planned, which according to some reports had put the Riyadh listing date as early as November.

“We will have to see if the Saudi monarchy chooses to delay the IPO as it focuses on this attack and the aftermath,” Wald said.

Like its energy infrastructure, Riyadh’s stock exchange was also affected by the drone attack, as the Tadawul, suffered a 2.3% drop as it opened on Sunday morning. This raises the issue of whether or not stocks as a whole could be prey to such attacks.

“Saudi Arabia should carefully consider what impact a future attack on a publicly listed Aramco could have on its stock exchange,” Wald warned.

Other economic pundits worry that the oil attacks could spell trouble for the global economy in general.

Ivan Petrella, associate professor of economics at Warwick Business School, says: “With the economy already showing clear signs of slowing down in most developed and developing countries, high oil prices could be the straw that breaks the camel’s back contributing to a recession. Central banks around the world will be forced to rethink their current policy stance if this rise in oil prices is passed onto the public through inflation.”

The attack on Aramco’s installations in Abqaiq and Khurais “will have only a limited impact on interest in Aramco shares as the first stage of the IPO will be local,” Kamel said. However, he added, “the international component of the sale would be more sensitive to geopolitical risks.”

Other experts see potential delivery issues that need to be controlled in order to placate shareholders.

“If customers aren’t duly addressed with the volumes they ordered, it will reflect poorly for a company that is lining itself up for a gigantic IPO. Shareholders want to see volumes regardless of price. Shipments will naturally be addressed by storage draws, but the question is for how long given the variety of oil grades that need to be exported,” Samir Madani, co-founder of data firm Tankertrackers.com, said Sunday.

For investors looking into domestic IPO’s meanwhile, the Renaissance IPO ETF (IPO B-) contains many of the hottest new companies in a variety of industries.