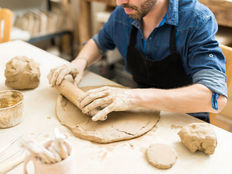 Over the summer, investors probably learned more about yield curves than they wanted to, but a key recession indicator, the inverted yield curve, is flattening as yields are rising. The move portends to a risk-off sentiment that has been permeating the markets after a stronger-than-expected third quarter earnings showing and improving negotiations in a U.S.-China trade deal.

Is an inverted yield curve still a threat?

“The curve did invert, but it didn’t invert long enough or deep enough to send a signal of a recession,” said Donald Ellenberger, head of multisector strategies at Federated Investors.

That being said, however, it’s not an opportune time for investors to smash the risk-on pedal to accelerate their gains.

“It’s dangerous to say it is different this time,” Ellenberger added.

The yield curve became the talk of the financial markets starting in May and can still be a threat moving forward.

Investors, however, can get more tactile with their bond allocation. The default maneuver, especially during a volatile summertime, was seeking safe-haven assets like bonds.

Investors looking to gain broad-based exposure to bonds can look at funds like the ProShares S&P 500 Bond ETF (SPXB). The fund seeks investment results that track the performance of the S&P 500®/MarketAxess Investment Grade Corporate Bond Index, which consists exclusively of investment grade bonds issued by companies in the S&P 500.

IMFI follows the Invesco Multi-Factor Income Index. That benchmark “is designed to provide multi-factor exposure to fixed income securities in the following weights: 25% in mortgage-backed securities, 25% higher-quality US investment grade, 25% high yield, and 25% emerging markets debt,” "according to Invesco":https://www.invesco.com/portal/site/us/financial-professional/etfs/product-detail?productId=IMFI.

Each of the bond market segments represented in the new ETF has its own criteria for assessing quality and value traits, the factors emphasized by the new ETFs. Last year, Invesco also introduced "eight multi-factor bond ETFs":https://www.etftrends.com/smart-beta-channel/invesco-launches-smart-beta-fixed-income-etf-suite/ that focus on favorable value and quality characteristics.