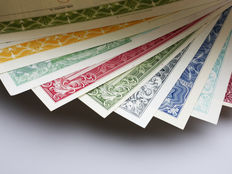 Market Expert: Desire For Bonds is Far From Over

The feeding frenzy on bonds in 2019 saw an unprecedented appetite for safe haven debt like Treasury notes, which subsequently pushed yields down to record levels. To some market experts, that appetite is just the tip of the iceberg.

“The bond phenomenon of 2019? I don’t think it’s over yet,” Jeff Kilburg, founder and CEO of KKM Financial, said on CNBC’s ETF Edge.

“How quickly it changes,” Kilburg added. “But that accommodative stance, no matter what your view is on the bond market, that has really been relevant. … This is the most money we’ve seen in the system in 10 years. So, I think that money has to work its way through and therefore, when you look at the 10-year note being under 2% still in comparison to some of the other foreign … percentages like the German bund, I still think it’s still attractive. If we do get to 2%, I think you see that rebalance come back in and buy those Treasurys.”

“People are starting to take those profits and move them into equities, where we’re starting to see kind of a warming equity market,” said Jay Jacobs, senior vice president and head of research and strategy at Global X ETFs. “I think the caution here is some of the equities that are more bond-like, like utilities, are very expensive, so people should probably look at the lower-valuation, cheaper-yielding stocks like in financials, where there’s better valuations, as a bond replacement.”

“It’d be interesting to see if we can actually have a rotation or simply book profits. We see a lot of registered investment advisors out there, active investors, trying to book those profits and find those sectors to rotate into,” he added. “We saw financials really get a jump, we saw industrials really get a jump, but it’s interesting about the bond market: I see a cap in the 2% yield on the 10-year note.”

With the Federal Reserve instituting its third straight rate cut, it opens up the possibilities of expansion in credit.

“The U.S. financial system is just so much better capitalized right now [than its European counterpart]and [has]such better strength. It’s really a play on the U.S. consumer,” Jacobs said. “We’ve seen a lot of good expansion of credit, a lot of opening of new bank accounts, things that are a positive for these banks in the U.S., and you just don’t see any of that in Europe right now.”

Bond ETFs for Those Concerned About a Resurgence in Inflation

Bond investors who are worried that rising inflation will eat away at their real yields can look to bond ETF strategies to hedge against the negative effects of inflation. For example, Treasury inflation protected securities-related ETFs, like the iShares TIPS Bond ETF (TIP A-), Vanguard Short-Term Inflation-Protected Securities ETF (VTIP A-) and Invesco PureBetaSM 0-5 Yr US TIPS Portfolio (PBTP B), include exposure to TIPS, which provide protection from inflation since the principal of a TIPS bond rises along with inflation but decreases with deflation as measured by the Consumer Price Index. Furthermore, the fixed interest rate is applied to the adjusted principal, so interest payments rise with inflation and fall with deflation.