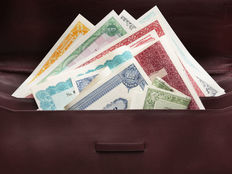 Bond fund outflows continue, as seen in funds such as the iShares 20+ Year Treasury Bond ETF (TLT B-). Whether or not this will continue was a segment on Monday’s ETF Edge show with CNBC’s Bob Pisani.

According to CFRA’s Todd Rosenbluth, following years featuring a lack of bond outflow consistency, he does not believe so. The point being missed is how there’s more money in bond ETFs going in this year than in equity ETFs. It will be the first time in 10 years that more than 50% of the flows are going into bond ETFs, which is just 20% of the overall ETF market.

“We think that you’ve got tactical investors that are playing the raid market,” he said. “But you also have core and more targeted maturity-oriented products like the BulletShares suite that are continually seeing inflows this year.”

Dan Draper, global head of ETFs at Invesco, joined the conversation on the CNBC show, being a part of the company that runs BulletShares. He states how bond outflows are essentially due to final maturities, so putting money in at maturity will get cashback to the investors. This allows for the chance to build ladder portfolios, which is crucial.

“Most of these investors are long-term buy and hold investors who want to be able to have the different cash flows maturing,” Draper adds. “So, our high yield, for example, has seen broadly big outflows, and we’ve continued to see inflows into these asset allocators. And more recently, we’ve launched our new municipal bond bullet shares. Again, inflows coming in there, it’s historically a less liquid asset class and tried to bring more tools to investors around.”

As Draper re-emphasizes, it’s getting the benefit of buying individual bonds but having a diversified basket inside an ETF.

ETF Trends CEO Tom Lydon said there’s been a change in narrative from the Fed in the past 12 months. Lower interest rates all of a sudden gave investors permission to go out on maturity levels and also lower quality.

However, Lydon notes, “Now it’s uncertain as far as what’s going to go forward. It’s more decisive as far as getting back to latter bond portfolios in a diversified way because again if you don’t have the indication of where the Fed’s going to be going in the future, that’s more specific.”

Bond ETFs for Those Concerned About a Resurgence in Inflation

Bond investors who are worried that rising inflation will eat away at their real yields can look to bond ETF strategies to hedge against the negative effects of inflation. For example, Treasury inflation protected securities-related ETFs, like the iShares TIPS Bond ETF (TIP A), Vanguard Short-Term Inflation-Protected Securities ETF (VTIP A-) and Invesco PureBetaSM 0-5 Yr US TIPS Portfolio (PBTP), include exposure to TIPS, which provide protection from inflation since the principal of a TIPS bond rises along with inflation but decreases with deflation as measured by the Consumer Price Index. Furthermore, the fixed interest rate is applied to the adjusted principal, so interest payments rise with inflation and fall with deflation.