This ETF is one of the most popular options for investors seeking to establish exposure to long-dated Treasuries, an asset class that is light on credit risk but may offer attractive yields thanks to an extended duration and therefore material interest rate risk. TLT might not be a core holding in a buy-and-hold portfolio, as long-term Treasuries are included in broader-based bond funds such as AGG and BND. But for those looking to extend the duration of their portfolio and potentially enhance the current return offered, this can be a useful product. TLT is efficient from a cost perspective, offers exposure to hundreds of individual securities, and delivers impressive liquidity to those looking to execute a trade quickly. Investors may also wish to consider similar products such VGLT and TLO; the yield and duration of these products may differ slightly, making one potentially more appealing depending on exact investment objectives.

The adjacent table gives investors an individual Realtime Rating for TLT on several different metrics, including liquidity, expenses, performance, volatility, dividend, concentration of holdings in addition to an overall rating. The "A+ Metric Rated ETF" field, available to ETFdb Pro members, shows the ETF in the Government Bonds with the highest Metric Realtime Rating for each individual field. To view all of this data, sign up for a free 14-day trial for ETFdb Pro. To view information on how the ETFdb Realtime Ratings work, click here.

This ETF is currently available for commission free trading on the following platforms: (TD Ameritrade, Fidelity)

There are 0 other ETFs in the Government Bonds ETFdb.com Category that are also eligible for commission free trading:

The following chart also includes the option to compare the performance of TLT relative to other ETFs and benchmarks or to include indicators such as Bollinger Bands, relative strength, and moving averages. 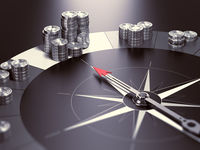 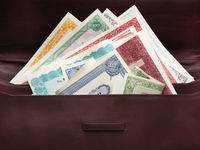 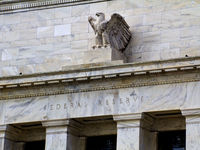 As the Federal Reserve maintains a loose monetary policy to prop up the economy, long-term...

The iShares Barclays 20+ Year ETF (TLT B-) tracks the investment results of the Barclays U.S. 20+ Year Treasury Bond Index. The index measures the performance of those public obligations of the United States Treasury that have a remaining maturity of 20 or more years. This year, the ETF is up 8.6%, beating the market significantly as QE has effectively stopped and the Fed has started raising interest rates. This bodes well for the yield curve of the underlying debt that the index tracks.

Unfortunately for the ETF, the macro picture isn’t looking too bright. While the Fed may seek to hike rates at will this year, fundamentals,­ including an anemic U.S. recovery, headwinds from China, and a near-negative interest rate environment in Japan and the EU, paint a different picture and point to a modest one or two hikes during the second half of 2016. In addition, this year is an election year and while the Fed is not likely to get caught up in the economic rhetoric of the U.S. presidential cycle, hikes by the Fed will be frowned upon by the electoral college (even though the hike itself may not materially change monetary policy for the average American).

In terms of performance, the ETF has done well partly because the underlying index it tracks focuses on longer-term maturities. Over the last five years, TLT is up 39.7%. However, over the last one year, the fund is down ­1.7%, having been driven lower partly by a hesitant Fed; the Federal Reserve hiked rates for the first time in nearly a decade late last year instead of in early 2015. Even so, since the December hike until today, TLT is up 7%. It was up even more in mid-February, gaining almost 11% from the December hike. The recent cool­ off has been driven, as mentioned earlier, by expectations that the Fed won’t be able to hike rates again given macroeconomic headwinds outside the U.S. and anemic wage growth at home.

That leads us to TLT’s financial ratios. TLT has just over $10.4 billion in assets under management, with a turnover ratio of 32% and a 12-month dividend yield of 2.38%. It is generally considered a safe investment since the underlying debt the index tracks comprises long-term (20+ year) government debt. TLT is near its all-time highs, trading as of this writing at $130.20. Its 52-week high is $135.25, while its 52-week low is $114.88, which was tested twice in mid-July.

Broadly, TLT appears to be a Weak Buy given macroeconomic headwinds in the global economy and the Fed’s limited ability to hike interest rates in the U.S. With a dividend yield of 2.38%, there may be better opportunities in other places such as utilities and REITs. However, for those investors wanting a safe-haven asset, TLT is a good play. It is a Weak Buy with a price target of $133.50.

Click here to read about Emma’s views on Microsoft, the ETFs QQQ, GDX, FV, VOO and VTI, and the ETNs TVIX and VXX.