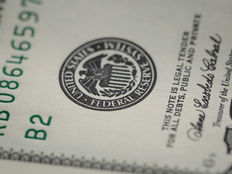 Paul Volcker, former chairman of the Federal Reserve under Presidents Jimmy Carter and Ronald Reagan, passed away at 92 on Sunday. Unlike the complaints that interest rates are currently too high and impeding economic progress, with the 10 year bond sitting around 1.82%, Volcker’s greatest legacy as Fed chief was breaking inflation with incredibly high interest rates.

Volcker allowed the fed funds rate, now maxed out at 1.75%, to leap over 20%, carrying along the interest on home mortgages and nearly everything else. The 30-year mortgage rate spiked into the high teens in late 1981 and continued at double digits until 1990, a time that many baby-boomers remember well.

“People thought they’d never buy a home again, and they did,” said Diane Swonk, chief economist at Grant Thornton. “What was amazing was the back-to-back recessions of 1981 and 1982, which he used to break the back of inflation. … He tightened policy, and brought the economy to its knees. He flipped the switch again, and the economy powered forward in a way it hasn’t since.”

Ward McCarthy, chief financial economist at Jefferies, was one of those boomer buyers. He recalls the challenge of trying to find a first home, as Volcker used controversial interest rate policies to stop inflation.

“The only way I bought my first house in Richmond, Virginia, was because there was an assumable mortgage with the house. Part of my mortgage was 8%. Part was 14%, and because of the blended rate it was substantially lower than that,” he said.
But Volker’s strategy worked. “His policy was so effective that the CPI [Consumer Price Index] went from 14.85 in March 1980 to 2.5% by July 1983,” McCarthy said.

Thus, despite such massive interest rates, Volker was able to tame inflation, and has earned the respect of his colleagues and followers.

“He was the dragon slayer when it came to reining in inflation. At the beginning of the ’80s, people thought inflation would keep rising at 10% a year,” said Chris Rupkey, chief financial economist at MUFG Union Bank.

“Paul A. Volcker was a giant among American public servants,” Ross said in a statement Monday. “He was a man of great courage and integrity who committed most of his working life to the public good. He believed in the importance of an effective government to our democracy. He cared deeply about the future of America and those who serve in our government.”

“Paul Volcker was an inspiration to me and to everyone in the Federal Reserve,” said Janet Yellen, Fed chair under Presidents Barack Obama and Donald Trump. “He embodied the values we hold most dear: devotion to public service, the courage to do the right thing, even when it’s immensely unpopular, a commitment to strong and effective regulation of the banking system and the highest ethical standards. We have Paul Volcker to thank for taming inflation and ushering in a long period of macroeconomic stability.”

CEO Says Bank of America is a Technology Company

Invest in Uranium To Invest in the Future

Gold Might Be Down, But This Silver ETF Could Go Up

Can Emerging Markets Re-Emerge for the Bulls?