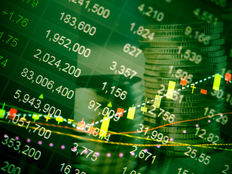 The municipal bond market is evolving and some index funds and ETFs have kept pace with that evolution. One that really has is the VanEck Vectors Municipal Allocation ETF (MAAX C).

MAAX, which launched last year, is based off a proprietary model that incorporates momentum, along with both duration and credit risk indicators, to tactically allocate among selected VanEck Vectors Municipal Bond ETFs, which covers the full range of the risk/return spectrum in the muni market and includes five VanEck Vectors Municipal Bond ETF options.

“Some segments of the market lend themselves better to indexing than others. For the advantages of a passive approach to hold, the costs of replicating an index must be minimal,” said Morningstar in a recent note. “These costs will vary depending on a variety of factors, including the breadth, depth, liquidity, and standardization of the market segment in question. The cost of indexing a broad, deep, liquid and standardized asset class like U.S. large-caps is low. The cost of building an indexed portfolio of a narrow, shallow, illiquid, and nonstandardized asset class like municipal bonds is relatively higher.”

Since muni bond interest is exempt from federal taxes, muni ETFs are a good way for investors seeking tax-exempt income, especially those in higher tax brackets. Due to its tax-exempt status, the asset category is also best utilized in taxable accounts. Current risk trends indicate it could be time to consider MAAX.

“Additionally, advances in technology have improved liquidity in the fixed-income markets, which has made them easier to index,” notes Morningstar. “The price of liquidity in a market is often measured by the difference between the price at which a seller is willing to sell (the asking price) and a buyer is willing to buy (the bid price), which is known as the bid-ask spread. According to a study published by the MSRB in 2018, the average spread involved in a municipal bond transaction declined by more than 50% from 2005 to 2018. The MSRB found marketwide technological advancements were the main driver of this improvement.”

MAAX has a 30-day SEC yield of 3.20% and an expense ratio of 0.38%, which is reasonable considering the fund’s broad exposure.

2019 was a strong year of performance for bonds, particularly fixed income ETFs, which saw notable interest during times of heavy volatility. The municipal bond market also made out well, hitting over the $400 billion mark.

“The municipal bond market eclipsed the $400 billion mark for the fourth time since 2010, thanks to taxable trend that led to a vault in fourth quarter volume,” a Bond Buyer report noted. “Municipal issuance picked up the pace in December to the tune of $40.79 billion, with taxable bonds accounting for about a quarter of the month’s supply. For the year, volume jumped 21.8% to $421.69 billion from $346.06 billion in 2018.”

Not only has it been a strong December, but also a strong decade for municipal debt—marked by stability, which has made them a prime alternative when considering safe haven assets.

“Muni credit has become increasingly stable as the decade progressed,” wrote John Hallacy in Bond Buyer. “Going back to the days of recalibration of ratings, the rating spectrum outstanding has contracted along with spreads. There are many more Aa/AA category ratings than ever before. Analysts use fine gradations to differentiate credits but at times those efforts are lost on the market.”

“The credits that depart from the norms become very well known in a relatively short period of time,” Hallacy added. “Resolution of these cases can take considerable time, expense and effort. We should be further along to closure on some of the issues revolving around Puerto Rico. There is still ample time for testing legal concepts within the proceedings. All parties have a different perspective on what constitutes fair settlements. We can only hope that resolution comes well before the end of the next decade.”

1. Xtrackers Municipal Infrastructure Revenue Bond ETF (RVNU A-): seeks investment results that correspond generally to the performance, before fees and expenses, of the Solactive Municipal Infrastructure Revenue Bond Index. The fund will invest at least 80% of its total assets (but typically far more) in instruments that comprise the underlying index. The underlying index is comprised of tax-exempt municipal securities issued by states, cities, counties, districts, their respective agencies, and other tax-exempt issuers.

2. Franklin Liberty Municipal Bond ETF (FLMB C):  seeks a high level of current income that is exempt from federal income taxes. Although the fund tries to invest all of its assets in tax-free securities, it is possible that up to 20% of the fund’s net assets may be in securities that pay interest that may be subject to the federal alternative minimum tax and, although not anticipated, in securities that pay interest subject to other federal or state income taxes.